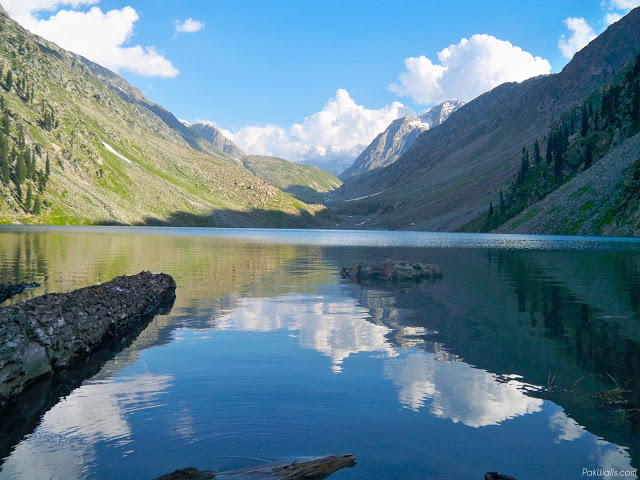 One of the most beautiful valleys of Pakistan, Swat has been populated for over two thousand years. The first occupants at that time created well-planned towns. In 327 BC, Alexander the Great fought his way to Udegram and Barikot and stormed their battlements. Around the 2nd century BC, this very area was occupied by the Buddhists, who were attracted by the peace and calmness of the land. There are many remains that testify to their skills as sculptors and architects. At the end of the Mauryan period (324-185 BC), Buddhism spread in the whole Swat valley, which became a famous center of the religion.  The Hindu religion expanded again as Buddhism moved east. By the time of the Muslim invasion (1000 AD), the population was by and large Hindu. The first Muslim arrivals in Swat were Pakhtun Dilazak tribes from south-east Afghanistan. These were later ousted by Swati Pakhtuns. They were succeeded in the sixteenth century by Pakhtuns. Both groups of Pakhtuns came from the Kandahar and Kabul Valley.

Swat, generally known as the Switzerland of Asia, is one of the most beautiful valleys in the World. Swat is a place for leisure Lovers, Hikers, and Archeologists. It is garden of Ashoka. There are at least over 100 archeological sites in the valley less than 10% of they are excavated. One can explore some of those sites in a half day tour of Swat. Its beauty attracts tourists from all over the world to enjoy the soothing and serene sceneries, and the friendly behavior of its inhabitants. A visitor entered in Pakistan would never be contented without roaming about Swat.

The area of Swat is 4000 sq. miles with a population of about 1250000. Its height varies from 2500 ft. to 7500 ft. above sea level. The valley of Swat is situated in the north of N.W.F.P, 35° North Latitude and 72° and 30° East Longitude, and is enclosed by the sky-high mountains. Chitral and Gilgit are situated in the north, Dir in the west, and Mardan in the south, while Indus separates it from Hazara in the east.

Having such a rich history and a beautiful geographic location, Swat has some more interesting facts to offer tourists and even people in Pakistan who have not been a part of such a striking place.

The handicrafts of Swat are very famous. A lot of times tourists purchase these rare and unique articles from swat for gift purposes for their friends. All of the crafts prepared here are interesting and unique, especially, the following ones:

Wild life: Back in those days when shrubs and bushes covered slopes and foothill areas, hares, porcupine, fox, jackal, wolf, pigs, and hyenas were in large number. Deforestation has resulted from the residents’ use of wood as fuel, and wildlife has decreased with the loss of habitat. In the forests, monkeys are often found. Hawks, eagles, and falcons are found in the high mountains, while pheasants, partridges, hoopoes, larks, sparrows, quails, doves, swallows, starlings, nightingales, crows, kites, vultures, owls, bates are the common birds.

The bees were kept in Swat commonly, and the honey was famous all over the country. But now the moveable beehives have affected the Swat locally reared bees greatly. Now, the local good honey is found in remote areas only, while the honey of moveable hives is available everywhere at low prices.

There is a large fishery in Madyan where trout fish are reared. Kohistan-e-Swat operates some private fisheries. In Buner the fish are reared in Barandu, Dagar. The Swat River serves as a permanent fishery throughout the year, while its tributaries are used for fishing only in spring.

Mines’ production plays an important role in the economy of a country because local people get the opportunity to earn their livelihood. But the Swati mines have no importance for the local people in this respect. Swat’s mineral wealth is mainly in china clay, marble and emerald.

China clay exists at “Kathyar” in Nekpikheil. This is the largest mine, having the finest quality, of china clay in Pakistan. The clay is mined here, and is transported to Shaidu in Nawshehra.

Soap clay has been discovered between Alpurai and Kanra on the side of Gilgit Road (Shahrah-e-Resham).

Marble is dug near Charbagh, Murghuzar, and Barikot in the proper valley of Swat. In Buner, it is mined in Thor Warsak, Bampokha, and Sawawai.

Emeralds are mined in Swat and exported to international markets.

The handicrafts of Swat are famous.

These blankets are known as “Sharai”. They are prepared of wool obtained from the local sheep. The weight of a medium-size blanket is four kilos. This is the best source of warmth during severe winters.

Shawls are woolen sheets, light in weight. Sometimes, cotton is added. Shawls are prepared in Salampur and Dewlai “Jolabad”.

Rugs are made from local fleeces, prepared in the villages by pressing wool with the help of water spray. After preparation, it is beautified with the use of color. Rugs were the traditional carpets of shepherds, but now are used everywhere.

The embroidery of Swat is renowned. This art is an indoor hobby of the ladies in Swat, particularly in Nekpikheil.

A Shkor is a pot in which chapatis (bread used in India and Pakistan) are kept. The ordinary Shkors are prepared everywhere in Swat. A special design is made in Puran and Chagharzee. These Shkors are high-based pots made of wheat stalks with art, not easily available in bazaar.

Furniture is made in the district, such as cots, tables, chairs, dressing tables, and cradles are made in Mingora, and in nearly all large villages.