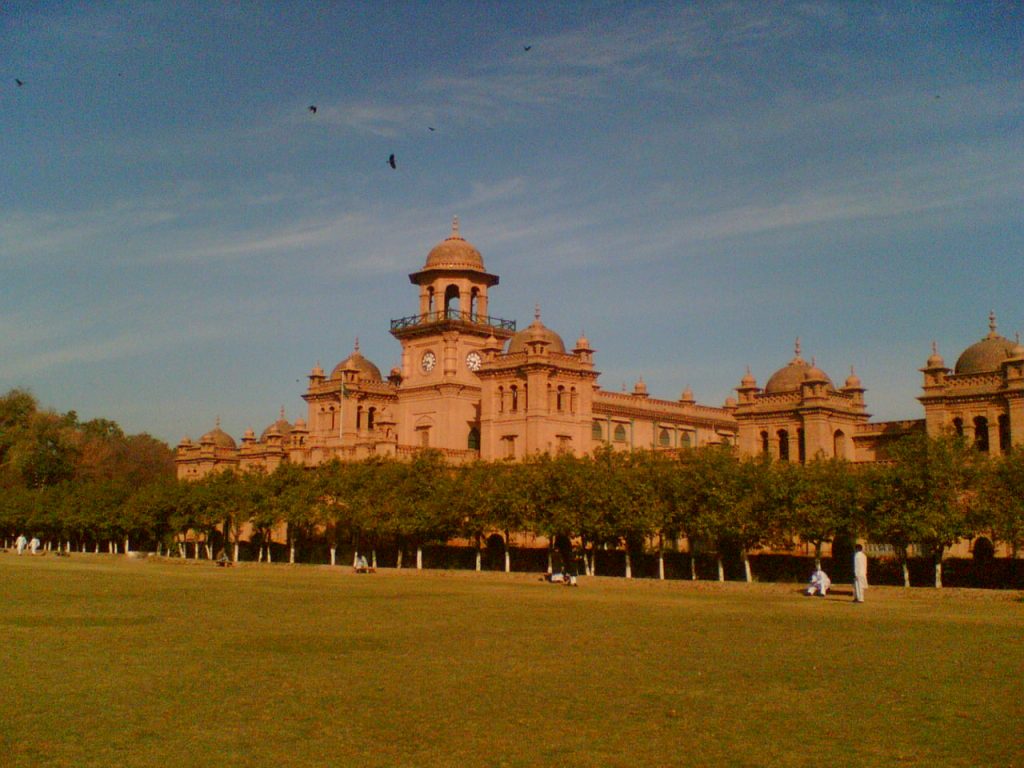 Peshawar is one of the oldest cities in Asia and is the capital of Khyber Pakhtunkhwa with Pashto being spoken in and around the city so if you happen to visit you might have quite an edge if you know a little Pashto. Peshawar is the administrative center for the Federally Administered Tribal Areas of Pakistan. Pushkalavati (now known by the name of Charsadda) was the previous capital of NWFP and the Kushan King Kanishka changed the capital from it to Purushapura (now know as Peshawar) in the 2nd century. The name Peshawar has been derived from the Sanskrit word meaning “City of Men”. The area basically belonged to the Gandhara and eastern Iranian tribes. For a brief period of time it also saw Greek dominance after which the Arab conquest took place and Islam came to the rise. .It has moderate climate and its production of silks, handicrafts; cotton textile, footwear etc provide a stable economy. Not only does it serve as a link between Pakistan and Afghanistan benefiting trade but it is rich in history and culture which makes it a favorite hometown for most of its people.

Peshawar is one of the most former cities on earth. It is deemed as a conservative Islamic city with a great history. It has all kinds of professionals and manufacturers. From goldsmiths to silversmiths, traditional carpets (which is one of the biggest exports of the country currently), pottery, clothing and artwork on the wood, stones or brass. Peshawar was known for its massive 16 gates known as Rampura Gate, Reti, Kachehri, Asamai, Kabuli, Bajouri, Dabgari, Ramdas, Beriskian, Sard Chah, Sirki, Kohati, Yakka Thoot, Ganj, Lahori, Hashtnagri.

The people of Peshawar are well known for being extremely hospitable and making others feel at home which makes you want to visit it again and again. It is famous for its “bara” markets and the huge variety of goods one finds at surprising prices one can’t even imagine otherwise. But one trait that is very significant that a shopper must have is the skill of “bargaining”. Even though the prices may be low they can even go lower if you know how to negotiate with the Pathans. This can be witnessed when the ladies go shopping to Rashakai, a place well known for cloth market. And after all the shopping you can satisfy your taste buds with the amazing “chappal kababs” from just around the corner. Not to forget the “charsi tikka” and the “namkeen gosht” that makes Peshawari food unforgettable for the visitors. Other than its conventional foods Peshawar now also has well known fast food outlets like KFC, Pizza hut, Chief burger etc.

People in Peshawar are certainly conservative in terms of clothing or socializing which is why we see a lot of shuttlecock burkas or chaddars or abayas around the town however this does not necessarily mean the majority is like that, with more  and more cafes and places where teenagers get to hangout you will see the trends are slightly changing. But if you are a woman outsider and do not want to catch unusual attention then it is advisable to follow the locals for a change when it comes to dressing. Also, if you happen to look like a tourist then it is likely that you would be charged a higher price so as a trick to blend in you might want to cover the face and enjoy the perks.

Another old custom that has now changed is the hujra which people used to have, a separate place where the men would gather, sort of a drawing room just for men where the sitting arrangement would be on the floor with lots of cushions. But this was more common earlier when the areas people were living in were a lot more spacious and when the females of the house would not step in front of the male guests. Nowadays it is pretty much similar to the rest of the cities where every house has a drawing room and not a separate distant huge room for guests.

On the contrary Peshawar is not very secure like many other cities of our country now, due to kidnappings and ransom cases and the bombings. People are advised to come home early and the markets also shut down early and the roads less crowded. Which is why it is common to have guns handy in the house but then again it depends on the area.

You may have also heard that the Pathans of Peshawar celebrate the festival of Eid one day before the rest of the cities in Pakistan. Not everyone but certain people do so there is not a lot of unity as some people follow the government and some don’t so the people are divided into two even within the city.

Peshawar is a colorful city and if you are coming from a city like Lahore you might even find the roads emptier and the surroundings cleaner. It is a place that gives a feeling of warmth and nostalgia even to a new visitor. There are historical places like Qisa khuwani bazaar, Fort Bala Hisar, Gor Khatri, Namak Mandi which must not be missed as well as some modern buildings.

Everyone has different views about the people of Peshawar but you might be surprised to see that they are not only intellectual and well educated but also very up to date with the latest fashion trends when it comes to girls and also fun loving and not at all conservative which makes you want to visit the city more. There are also the opposite kind which forces people into stereotyping however that is not just about Peshawar anyone with lack of education or awareness can be categorized in a similar group.

Education and job opportunities in Peshawar still need some work as a lot of students after college level go to other cities like Islamabad, Lahore or Karachi for better education. Same goes for job opportunities that a lot of parents prefer that their children should look for jobs elsewhere given the current situation of the city not only in terms of employment but also security.