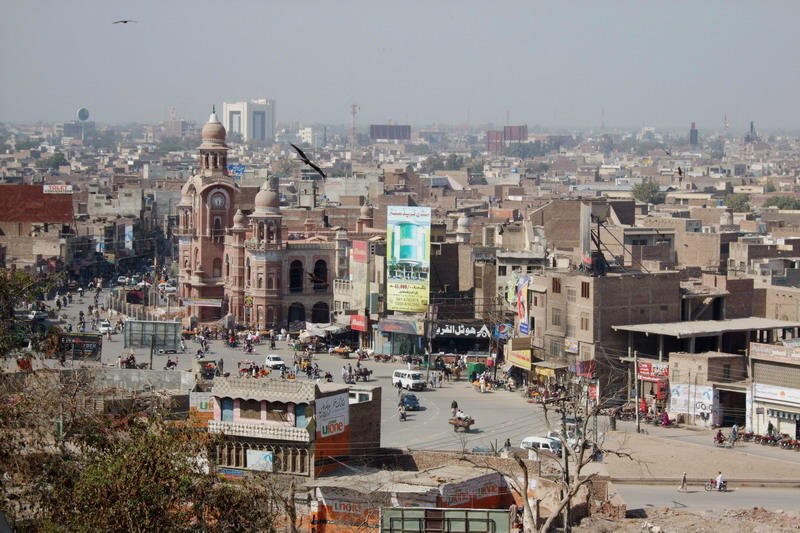 When someone asks you about your culture majority of us defines it in Pakistan’s term “in my country we have diversified various cultures” i.e. Punjabi, Baloch, Pashtuns, Sindhi, Urdu speaking and Haryanvi but is this all we have to say?  Yes no doubt that it is a country with multi-cultural aspects but have we ever tried to study or research the interesting realities about them. Being a Punjabi myself I am very much interested in knowing all the regions of Pakistan where Punjabi have their origins. Pakistan came in to existence 65 years ago comprising of numerous ancient cities whose history can be traced back in the time of Aryans and conqueror Alexander the great. The significance of these cities lays not only in the formation of Pakistan but also is the current backbone of the country. Having a population of more than 8 million i.e. 5% of the country’s population, third largest city and one of the most popular industrial hubs of the country “Multan”.

But why Multan? Why not Lahore or any other Punjabi area? Because it comprises of many interesting and stimulating features that I was not aware of.

Multan is the only ancient city, the “Manchester” of Pakistan that is recognized as a abode of great ethnic clusters let it be my Punjabi cluster or others such as Balochi, Sindh and Pashtuns. It is the most honorable city of Pakistan comprising of many religions. The dominant religion that existed in Multan was no doubt “Islam” which give rise to its mystic side called Tasawwuf or Sufism. This region attracted many Sufis across the globe and hence has been named as “Gada O Goristan” the city of gold, Sufis and beggars. The city is full of Sufis tombs which even today is the center of attraction for the numerous tourists. Some of the famous tombs in Multan includes Hazrat Hafiz Muhammad Jamal, Multani Sheikh Baha-ud-Din, Shah Rukn-e-Alam and Shams Ud Din. Unfortunately today the concept of Sufism and its promotion is at minimal and in literal meaning have become a part of our history books or tourism spot. Their Sufi Kalaams and poetry is vanishing day by day from our society may be holding great importance in Multan but what about in the rest of the country?

The most precious accessory of Multan are its beautiful mosques which are considered as one of the oldest in the entire South Asia. It is said that Jamia mosque was the first ever mosque in the grounds of Multan during the Muhammad Qasim regime. Unfortunately due to natural disasters the true structure of masjid is lost and only its ruins remains. Sawi masjid is considered the oldest one still stands in a worse state. The third masjid was the Mohammad khan wali mosque existing in a excellent condition.

Despite Islam being a prominent religion, the city encompasses many Hindu and Sikhs communities with their holy Mandirs (temples) and Gurdwaras. Some of the most significant temples in Multan include Sun Mandir the temple was considered as the most important place of worship throughout the South Asia. Suraj Kund  another mandir meaning the pool of sun was situated on a  pond when full of water. Similarly other mandirs included Prahladpuri Temple and Narsinghpuri Temple.

Besides the tombs, mosques and mandirs Multan comprise many other attractions such as “Ghanta Ghar”. The Ghanta Ghar is also known as a clock tower which has been transformed into “Multan Museum” by the government. The historical realities of Multan are preserved in its museum encompasses huge collection of coins, honors, manuscripts, documented writings, wood artifacts, antique models and pebble artifacts of the Islamic and Pre-Islamic time periods. Today Ideafist a Multan company is planning a 3D model for the museum. Such schemes reflects the affection these people have with their heritage and historical items. Than there is Multan Arts Council where stage shows, theaters, exhibitions are held. Khooni Burj or Bloody Tower is another historical site in the old city of Multan where a bloody battle was fought during which Alexander the Great was injured by the Sikh raja.

Despite being enriched with historical importance Multan is the hub of commercial and industrial area of Pakistan. You name any business and industry such as cotton, flour mills, cosmetics, fertilizers and so many more, Multan has it all. If I talk particularly about the cosmetics Multan is blessed with “multani mitti” also called as “fuller’s earth” comprises of cleansing benefits and is among the most desirable product in the world. Multanis are considered to be the most hard working people in Pakistan. This city is not just blessed by numerous resources or agricultural products but also comprises the most artistic and skilled people in the world.

The females are as talented and skillful as their men in terms of handicrafts and embroidery on fabrics. The concept of embroidery has started from the multani females. Even in todays modern era all the textiles mills of renowned designers such as Bareeze, Nishat mills and many other lawn print mills are situated in Multan. The handmade “multani karhai” is what distinguish it from rest of the cities of the country. What I personally love about Multan is its traditional footwear called “Khussa”. The traditional khussa is made of a leather soul with a unique craft of the finest high quality thread work. The traditional attire of Multan is to wear khussa with laccha or shalwar kameez.

The most substantial aspect of Multani culture is “Derra”. It is a form of a “Bhettak” where people unite after their work and express their problems or have a good chit chat. For me it is the most wanted and inspiring element needed in our fast paced life where we do not have time for our families or even for us. This type of culture adds value and care about each other which is highly recommended in a pessimist society like ours.

Another amazing aspect of Multani culture is its “Food” what else a true Pakistani will love if there was no food. As said earlier that Multan is a abode of ethnic groups thus it has a vast variety of restaurants such as fast food, continental, Chinese, Arabic, Pakistani and many more. Among the local restaurants Bundu Khan, MUX Lounge and Lassani Food Street are quite famous. The traditional food include Multani mutton chops, Multani halwa called Sohan halwa, Badami Kulfi, Kachori, Busri, Paira, Lassi and Doli Roti. This land contains many different languages but its special language is “Saraiki” one of the sweetest language in Pakistan. Despite the differences in language people of Multan are so warm and loving that their exist no discrepancy or dislike between Multani dialects, Punjabi or any other.