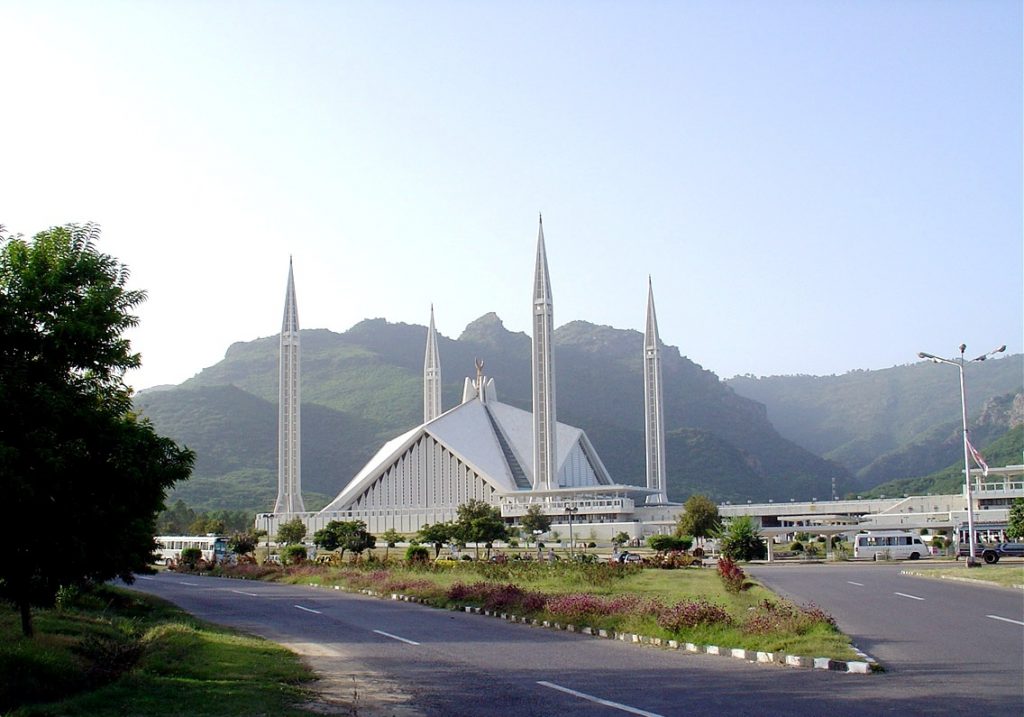 The capital of Pakistan was shifted from Karachi to Islamabad in early 1960s because of Islamabad’s central location in the country. The city was built to replace Karachi as a capital, Pakistan secretariat and government offices as well as houses for employees were built as no building was available here. In the beginning only government officers and a few businessmen were residing in Islamabad. The government officers’ belonged to different parts of the country with the passage of time the population grew, also many people migrated from other countries and cities to Islamabad as of now its population has touched 15 lakhs.

When we talk about culture of Islamabad it doesn’t have a unique culture of its own but when we look around we see a major chunk of migrants from different regions of Pakistan, Also foreigners are found residing here in many sectors of Islamabad with their own values and culture which in whole makes it a city with diverse culture and religions. People here are keen to adopt any new thing that comes in here and are very much inspired by the western culture. With time we see how their lifestyles are changing and molding according to the western culture.

Our national language is Urdu. But people of Islamabad are more into speaking English and take less pride in using their own language. It has been observed that not being able to speak fluent English is now an embracement for many and they are judged on the basis of that. There exists a trend of using roman English for communication here that has unfortunately led to destruction of the original Urdu language. Other languages spoken in Islamabad include Punjabi, Pashto, Balochi and Pahari.

Islamabad has been considered a dull city in terms of food and entertainment for many years but in past three to four years the trend of eating out has developed here and we see a wide variety of cuisines everywhere in Islamabad. There is no specific kind of food loved by the people of Islamabad as mentioned above the people here are from different regions and foreign countries so they keep trying new things and look up to anything that offers them a unique experience. Due to a huge number of foreigners residing here many foreign cuisines are witnessed as well and with time those cuisines have become popular among the people of Islamabad as they are attracted and inspired by the western culture and their food and lifestyles. We see many foreign food chains here i.e. KFC, Mcdonalds, Hardees, Cinnamon Café. Also F-Sectors of Islamabad have now many new cuisines opening each day and are becoming very popular like Roasters, Street One café, Desperdes, Table talk, Andaaz etc. Basically ‘Desi’ food is loved by all and is cooked in households every day, we prefer oily and spicy food because that is what we are having since many years but people from different regions residing here have their own tastes and preferences but we generalize that all in the Desi category. So from Desi spicy Pakistani food e.g. Nihaari, paye, halwa poori, chapli kabab, BBQ etc to Italian Pizzas and pastas and American steaks and cocktails, all kinds of food and cuisines are loved by Islamabadis.

When it comes to entertainment we can call Islamabad an entertainment deprived city with very few options for the people to go to. In the past few years we witnessed that many food chains opened up and unfortunately eating out is the only entertainment people have here. Many years back we did have a Navdeck cinema to go and watch movies other than eating out but that also closed down. The few entertainment facilities that we have now are the Lake view park rawal dam, F1 tracks that have recently developed, Rose and Jasmin Garden, Shakarpariyan, Lok Virsa museum, Monal,, Saidpur village Arena movie theatre that also came into existence a year ago and is mainly for the people residing in Bahria town, F-9 Park Mega zone and variety of restaurants. For all the other entertainment facilities people here have to move to Rawalpindi, Murree or northern areas. It will not be wrong if we call it the city of elites because majority here are the elites who can spend handsome amount on expensive outings and can afford to move out of the country for recreation facilities so are less bothered about the lack of entertainment facilities here. But for the middle class and lower class people there aren’t many options to go to.

Clothes: Despite Shalwar kamiz being the national dress of Pakistan, Islamabadis tend to follow whatever is the latest fashion all over the country and abroad. In the last couple of years different clothing brands have emerged taking style and fashion to a whole new level. This city of elites spends huge amounts of money on branded clothing because they can afford it for this reason we see many international brands now opening their outlets here. As mentioned above the inspiration with the western culture has resulted in majority now wearing western clothes i.e. short tops, jeans, Capris, sleeveless shirts etc. Whereas there is another side that keeps themselves fully covered with abayas, scarf and veil, so we cannot say there is a specific dressing followed over here. They wear what they feel suits their style. In my opinion it is all about how they want to carry themselves and affordability of course.

Islamabad has a multi-purpose Sports Complex opposite Aabpara. The complex includes Liaquat Gymnasium for indoor games, Mushaf Squash Complex and Jinnah Stadium for outdoor games, which is a venue for regular national and international events. Islamabad has very talented and skills players; people here follow international football teams religiously. They love playing football and cricket but unfortunately because of lack of polishing and grooming of the talented players here we are not able to bring good players out of Islamabad.

Islamabad is a city of literate people; it has a literacy rate of 87% which makes it the highest amongst all the other cities of Pakistan. A large number of public and private sector educational institutes are present here. The higher education institutes in the capital are either federally chartered or administered by private organizations and almost all of them are recognized by the Higher Education Commission of Pakistan. Also high schools and colleges are either affiliated with the Federal Board of Intermediate and Secondary Education or with the UK universities education boards, O/A Levels, or IGCSE. So we see that quality education is available for people here. But education here is not affordable by all, any middle class person will not be able to afford the fees of quality institutions and unfortunately the government institutions are not delivering quality.

Being the capital of the country health services are available in abundance in different hospitals. It has both private and public medical centres. PIMS being the largest of all, followed by Shifa international, polyclinic, Kulsoom hospital, Ali medical, Al-maroof International, Capital hospital. People here are blessed to have good doctors here, but for fatal diseases like Cancer they have to move to other cities for better treatment facilities and health care equipments.