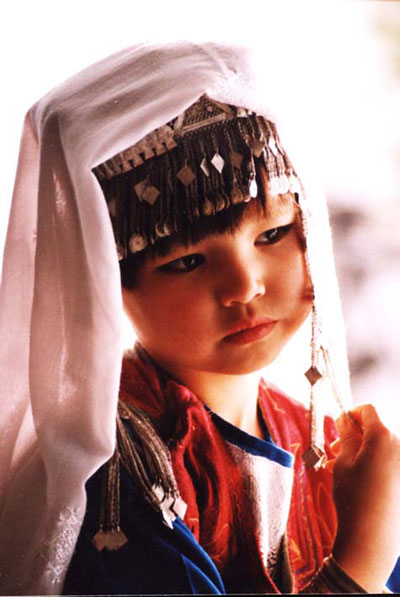 My assignment focuses on the social aspects of the Hazara community that reside in Balochistan. Most of the Hazara people live in the city of Quetta in the Balochistan province of Pakistan. Localities in the city of Quetta with prominent Hazara populations include Hazara Town and Mehr Abad. Literacy level among the Hazara community in our country is relatively high and they have integrated well into the social dynamics of the local society. Some of the prominent and highly distinguished individuals of the Hazara community include: Saira Batool, a Hazara woman, was one of the first female pilots in Pakistan Air Force. Other notable Hazara include Qazi Mohammad Essa, General Muhammad Musa, who served as the Commander in Chief of the Pakistan Army from 1958 to 1968, Air Marshal(r) Sharbat Ali Changezi, Hussain Ali Yousafi, the slain chairman of the Hazara Democratic Party, Syed Nasir Ali Shah, MNA from Quetta, Agha Abbas and his son Agha Ghulam Ali owners of Agha Juice a famous fruit juice outlet in the country since 1960, who were murdered in May 2002 and January 2007. The political representation of the community is served by Hazara Democratic Party, a secular liberal democratic party, headed by Abdul Khaliq Hazara.

Hazara people are Turkic people and descendants of the Kushans. There are also Mongol influences in less than ten percent of Hazaras. Hazara People are living in Afghanistan, Iran, Pakistan, India and central Asian countries like Turkmenistan and Kazakhstan. The Hazara community was mainly concentrated in the area they called the Hazarajat in Afghanistan. Millions of Hazara people were and are forced to leave their homeland called Afghanistan. The Hazaras who were initially residing in Afghanistan were forced to migrate to other countries such as Pakistan and Iran amid the discrimination they had to face at the hands of the then Afghan rulers. This discrimination was not only in terms of their rights or the imposition of taxes but also in the terms of their security. In certain cases it was also a matter of subjugated one faction of the Afghan nation to oppression by severe blood shed. For example A King has talked about who piled up bodies in a Hazara town to prevent the Hazaras from rebelling against them again in response to few rebellions they carried out against the then King.

Hazara had been seasonal menial workers in British occupied territories of KhyberPakhtunkhwa. They worked during the winter months in coal mines, road construction and in other menial labor jobs during the British expansion in Sindh, Balochistan, and Pakistan’s northwest frontier. The earliest record of Hazara in the areas of Pakistan is found in Broad-foot’s Sappers company from 1835 in Quetta. This company had also participated in the first Anglo Afghan war. Hazara also worked in the agriculture farms in Sindh and construction of Sukkur barrage. Haider Ali Karmal Jaghori was a prominent political thinker of the Hazara people in Pakistan writing about the political history of Hazara people.

When we come to religion then of course the religion of Hazaras is Islam. Most people perceive that the Hazara community are hundred percent Shite Muslims. This is true to the extent that the majority of them do belong to be Shiah Muslims but not all. The other common sect is the Sunni ones. The recent killings are technically racial killings in Balochistan because most of the people killed are Hazaras irrespective of whether they are Shias or Sunnis. Although one reason has been claimed to be that being Hazara has been considered synonymous to being belonging to Shite Muslims. Despite this the Hazara community whether they belong from any sect are united in whatever fears they face or whatever threats they receive.

Hazaras believe in common rural superstitions, such as the evil eye, ghosts, and superstitions involving animals and nighttime. Hazaras enjoy storytelling, sharing tales of their history, ancestors, and heroes. Hazaras also have many proverbs, including the following examples: If your father owns the mill, you still must wait your turn to grind your flour. (In business, the customer comes first.). The sons of wolves will be wolves. (Children will be like their parents.) Two people are afraid of an empty rifle: the one with the rifle, and the one without it. (A person being threatened feels afraid. But the person doing the threatening is also afraid if he knows he can’t follow through on the threat.)

The Hazaras in Pakistan have turned out to be more organized and different from their Hazara relatives in Afghanistan. The Hazaras of Pakistan are Politically active. Especially after the over throw of the Afghan King in 1973 by his cousin to establish a republic.  This new leader Daud Khan raised the topic of Pakhtunistan and also influenced pakhtuns of Pakistan to support it. The then Prime Minister of Pakistan Zulfiqar Ali Bhutto supported the Hazaras in their political woes.

The above statement is true mainly for the Afghan Hazaras. However, they too deny speaking Pushto and Balochi. They often quote their language as Hazaragi. What needs to be stressed is the language both dialect wise and accent wise of Balochistan Hazaras is different from ones in Hazarajat in Afghanistan.  The Hazaras in Hazarajat  speak a very pure Persian with a Hazaragi accent and dialect. The ones in Balochistan speak a Persian greatly influenced by Urdu and English, to the pint where other Hazara’s understood them only with great difficulty.

Another major difference is that the Hazaras of Balochistan have let go of the tribal feuds and prejudices which they had when they were in Afghanistan. These tribal feuds and prejudices are still alive in Afghanistan based Hazaras. In substitution of this a unity of identity has emerged which has often said to border on racism. Which has sometimes led to the glorification of Changiz Khan, who is according to my source quoted as being the true All father of all Hazaras. Variations on the name of Changiz or Mongol, such as Changizi and Moghol Zadah, are seen on shops, street names, restaurants, hotels and in people’s names throughout Quetta, alongside posters of Changiz.

Hazara students, girls and boys, until sometime ago when the killings had not taken a severe toll which made parents afraid of sending their children to school, enjoyed the best opportunities in education, without any discrimination. In contrast with their Afghan Hazaras they enjoy a much higher standard of education and living. One of the developments in culture has been the marriages between Hazaras and Balochis which is not common.