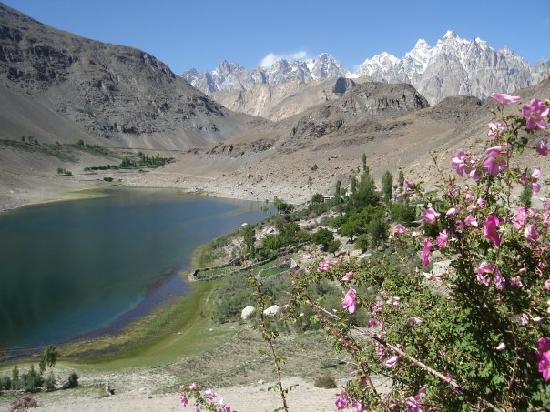 Hunza Valley (Gojal) which is regarded as one of the beautiful places in Pakistan is rich in its culture and heritage. Hunza is located in the extreme north, in the Gilgit-Baltistan region of Pakistan. Hunza divided into three parts lower Hunza(Shinaki), Central Hunza and Upper Hunza. My core focus of the assignment is Upper Hunza.

Gojal is home to the Wakhi People.The Wakhi people live around the Pamir knot that overlaps four countries – Gojal, Ishkoman and Chitral in Pakistan, the Kohistani Badakhshan Autonomous province of Tajikistan, Wakhan corridor of the Badakhshan province of Afghanistan and the Yarkand, Srikol and Tashqurghan regions of Sinkiang province, China.The Wakhi people despite their spread in four countries on the Pamir high plateau, share close linguistic, cultural and religious ties with each other referring to themselves as Xhik or Wakhi.Wakhi people have a unique culture, living style, language and social organization. They are settled in Gojal, Ishkoman and Brughil (Chitral). But majority of them are settled in Gojal Tehsil of Hunza-Nagar District. Although is no hard evidence on early settlements but the researchers believe that the Wakhi’s came from Wakhan and settled in Yashkok and later spread to different areas.

The people of Gojal are very hospitable and educated. Education is part of everyone’s life and regardless of gender and income; up to secondary level every single person is educated. The effort of Agha Khan Development Network has yielded excellent results and people now seek higher education in Pakistan as well as internationally. Right now almost every single house has a satellite TV and computer running in their house.

The medium of language is Urdu while English is spoken and understood by majority of the people. Wakhi is the widespread langue used by local people while few villages like in Shiskat,Kyber and Misgar residents speak Brushaski. As the area was a tourist hotspot people learned English from tourists and from schooling too.

There is a very special way the Wakhi’s greet each other. They greet each other by kissing on each other’s hands, regardless of the gender. It’s a sign of respect but this trend has decreased lately. People are liberal and don’t hold extreme views. It is encouraged in the area to educate the girls and let them work. So when in Gojal, it’s very normal to see women working in the fields or shops or going to school. In fact in 2005 a new initiative was taken to educate the older generation. Now even the old people are being taught how to read and write.

All houses in Gojal follow one traditional format that’s been running for centuries. It is designed in such a way that everyone is comfortable and has place to sit. When you enter the house there is space for musicians and for dance. Women sit on the left side while the right side is for males. The stove lies in the center and store at the back side. In the center the head and elder of the family sit.

Harip or soz the local music and it’s tune run in the blood of the locals. At every celebration people dance to the tunes and it is the culture that the elder of the family leads the dance while the youngest follows at the end. It’s a learning ground for children to practice it and that’s how they learn it.

The lifestyle is very simple and people prefer it that way. The elder males wear a white hat while the women wear hand stitched embodied hats. In winters the men wear a special long coat made of wool called “Chogha” to keep themselves warm.

The people of Gojal have a very strong social organization. Be it a celebration or demise every one stands for each other. To strengthen the bonds on wedding a nonfamily member is given the responsibility to be the maternal father of the bride from the groom’s side, this way families are tied up in stronger bonds. When there is a wedding the whole tribe shares their resources so that it’s not a burden on one person.

A variety of festivals present a unique feature of its cultural diversity and different forms of expressions as celebration of various events in community life. These festivals cover a number of important seasonal celebrations, cultural events and religious festivities.

Oshi Garm is celebrated during the last week of February depending on weather condition and melting of snow; the local people collectively desilt and repair the main irrigation channels. The villagers early in the morning gather at the starting point of their respective irrigation channels. The family head takes the spade and gather at starting point of the channels. The khalipha (religious cleric) offers special prayers for prosperity, productivity and supply of sufficient water. After this the people start to repair and clean the channels. After completion of the work special food is prepared and enjoyed.

Kitdhit is celebrated in the month of February to mark the end of winter, and to welcome the spring season. This ceremony is performed on different dates in every valley. On this day the family head sprinkles flour to the pillars, walls and doors of the house.

Taghm is a two-day event, taking place in the ploughing season during March. This is the ceremony to formally open the farming season. This ceremony depends on the extremes of weather to different places. The celebration continues for two days. For this ceremony, people prepare a special dish called Semn by processing wheat grains for about one month before this day. The Semn is cooked like pudding or halva. Semn breads are also prepared.

The Karakorum Highway (KKH) brought in economic prosperity while a major drawback was that the influx of Chinese labor sold alcohol to the locals.

The Atta bad lake disaster has brought in a new culture to the people which they had never imagined before; boats have become a part of life for travelling.

In this time of ever changing world it’s difficult to preserve a culture, people of Gojal are trying to do it while accepting the changing world and adjusting to it.