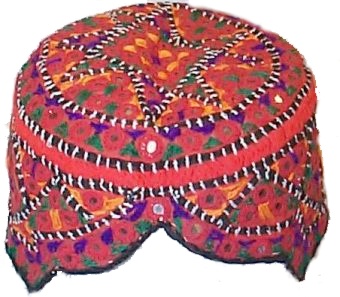 Sindh is one of the four provinces in Pakistan located at the Southern border. The province of Sindh has been named after the famous River Indus. In Sanskrit, the province was dubbed Sindhu meaning an ocean. Around 3000 B.C, Dravidian cultures urbanized and gave rise to the Indus Valley Civilization. According to the Historians, Indus Valley Civilization declined due to the natural disasters such as floods but the invasions of Indo- Arians caused the sudden collapse of it. In the recent history, Sindh was conquered by the British in 1843. Sindh province remained the part of British India until 1947 when it was made one of the provinces of Pakistan.

Sindhi language evolved over a period of 2400 years. The language of the people of Sindh, after coming in contact with the Aryan, became Indo-Aryan (Prakrit). Sindhi language, therefore, has a solid base of Prakrit as well as Sanskrit, the language of India, with vocabulary from Arabic, Persian, and some Dravidian – descendants from Mediterranean sub-continent. Initially, Sindhi had close contacts with Arabic- speaking Muslims. Therefore the language adopted many of the Arabic words.

Sindhi language is also greatly influenced by Sanskrit and about 70% of the words in Sindhi are of Sanskrit origin. Sindhi is a very rich language with a vast vocabulary; this has made it a favorite of many writers and so a lot of literature and poetry has been written in Sindhi. It has been the inspiration for Sindhi art, music, literature, culture and the way of life. The language can be written using the Devanagri or Arabic script

Festivals
The people of Sind love their religion and the two festivals of Eid-ul-Adha and Eid-ul-Fitr are celebrated with zeal and enthusiasm. Different domestic festivals are arranged by the local people to provide people with new things they buy on Eid’s occasion. On different occasions, the Folk dance of Bhagat is also performed by professionals to entertain the visiting people. Hence, a Sindhi Cultural Festival is a compound of folk dances, music and cheap entertainment for local people.

People of Sindh are more inclined towards an agricultural based lifestyle. The fertile Indus Plains provide a valuable source of income for the local people who practice farming on these lands. Inland fishing is also practiced along the Indus River in Upper Sind providing further opportunities for local people. Itinerant way of lifestyle is commonly seen in the desertic regions of Thar where people move from place to place in search for drinking water sources along with their animals.

Sindhi society is dominated by great Sufis, the mystics and the martyrs. It has always been the land of peace, love, romance, and great cultural and artistic values. There were the great theologians of the Naqsh bandi order in Thatta who translated the fundamentals of the religion of Islam into their mother tongue. There were the great Sufi (mystic) poets like Shah Abdul Latif Bhitai who was the cherisher of truth and spent all his life in its propagation, pursuit and quest. Bhitai was also an excellent musician. He invented a new type of musical instrument, Tambura (drone instrument), which till today, is a primary source of music in rural Sindh. The beauty of Shah’s verses is enhanced by his blending of traditional Indian rag with the Sindhi folk songs and music.

The ancient Sindhi civilization was the place, where the aesthetic utilization of leisure was freely indulged. There has been evidence, that the excavations of sites dating back to 3000 B.C. (all over Sindh) is also true, around 1200 years ago when Jaina Dakshiniya Chihna (778 A.D.) described the distinguished features of Sindhi’s in this way: “Elegant, with a lovely, soft and slow gait, they are fond of the art of harvas (that is, songs, music and dancing) and full affection towards their country.” Sindhi’s celebrate Sindh Cultural day worldwide on 6th December by wearing Ajrak & Sindhi Topi on that time.