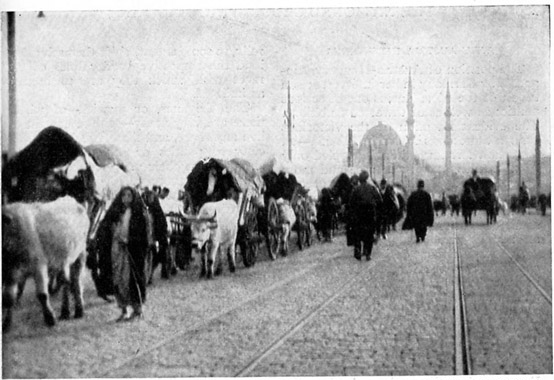 Culture is defined in Merriam Webster as “characteristic features of everyday existence shared by people in a place or time”. Culture can also be understood by saying that it is a set of behaviors learned and shared over the period of time, culture is transferred from generation to a generation. Culture and society are often goes hand in hand whenever we talk about culture we talk about society but there is a fine line between culture and society which differentiates one from the other. Culture is a set or range of learned behaviors while society is the group or collection of people sharing same culture or set of behaviors. The word culture has never been retracted to only human beings its just depends on how narrowly or broadly you define the term. Like all human beings many other animals are also tends to transfer to the next generation what they have learned throughout there lives example of chimpanzees could be taken at this point but tin this document we will only talk about culture of human beings. Sindh is one of the four provinces of Pakistan. It is situated in southern part of Pakistan and has an access to the Arabian Sea. Sindh is a name came from the name of river Indus. Sindh has a very rich culture in every aspect talk about religion, language, arts and music everything is very diverse all over the send it is due to archeological discoveries that we came to know that sindh’s culture is mostly derived from the Indus valley civilization. sindhs culture evolved over the period of time countless invasions and takeovers made its culture very diverse if we categorize sindh’s cultural evolution it could be categorized in three categories Dravidian civilization which existed for 2000 years then came the Aryan civilization which stayed for two thousand years and the finally comes the Mixed civilization for 1500 years and till date its is called mixed civilization because it comprises of majorly Persians, Arabs, Pathans, Mugals, Europeans,and present Muhajirs.

Now coming particularly to the muhajirs of sindh. These are the people who at the time of partition in 1947 moved from their homes mostly from delhi, uttar pardaish and bihar  and settled in sindh a province of newly created Pakistan. Its never like that only people migrates and settles somewhere else when they move they take everything attached to them with them it includes the culture of the particular place. Back in 1947 when this exodus migration took place the host sindhis and muhajirs did not go along very well, muhajirs spoke mostly urdu while sindhis speak sindhi. People of sindh started to believe that these muhajirs are destroying their culture and it was true to certain extent because muhajirs as compared to host sindies are well educated and technically a better entrepreneurs step by step in an organized fashion they took control of the industry and started to influence Pakistans politics, for the official representation of the muhajirs they created a party known as MQM ( Mutahida Quami Movement)  they created this party because of the fact they tends to believe that they were being discriminated.muhajirs setteled in NWFP and Punjab got through the process of assimilation quite well but that aint the case in sindh due to muhajirs political ambitiousness and cultural distinction and of course with high literacy rate they took higher positions in the government of Pakistan and influenced it at a every level more than the host sindhis. The language difference did not help the cultural gap created among the host sindhies and muhajirs it even escaladed the issue and made it even worse. The incidents of 1972 the language riots gave a major set back to the concept of coexistence of the two host sindhies and muhajirs. Muhajirs belonged to a urban upper middle class and are pro to the concept of social orthodoxy while host sindis were close to rural and feudal traditions this even widened a cultural gap among the two.

Muhajirs of sindh basically have no culture of there own it is  a mix of the two cultures by saying this I doesn’t mean its not a rich and diverse culture on contrary what im saying that in there culture a great diversity and ememse richness could be seen because of the fact that these muhajirs actually belonged to Delhi, uttar pardaisha and bihar post partition these were the places who actually were rich in culture the poetry the literature the language in shot they boast of almost of every ingredient of the culture they carried so when such up straight people were forced to migrate to a new location they just did not migrated they took this high headedness with them when they settled in  sindh they took over and adopted and took over host sindhies culture. So as a result these muhajirs of sindh not just have and enjoy the only culture of there own which they brought with themselves from Delhi, uttar pardaish and bihar they also learned the culture of sindh. They created a fusion of two cultures each was rich even alone but now when they are together and in a fusion it is extremely peculiar culture now.

There is a major difference in culinary habits and tastes of the people belonging to Mughal heritage and the muhajirs. People belonging from the prior have and prefer a mild varying to spicy food with lots of aroma while the muhajirs have there own peculiar pallet which they feels hard to let go off they prefer the food which have a strong spices and full of flavor some of the dishes they enjoy the most includes Nihari, Haleem, , vegetable and meat curry ,Tea and Paan chapatti, rice, Dal. These are the specialties of muhajirs regarding the culinary side.

In conclusion I would like say that muhajirs are the people who have a very string culture starting from there language and gong till the culinary preferences they differ to all others in every aspect of culture be it any one.