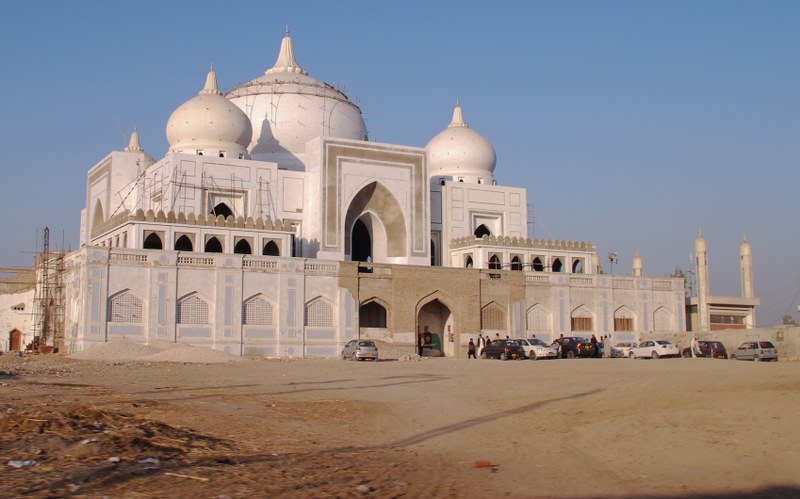 Larkana, the fourth largest city of the province, Sindh, is known as “Eden of Sindh”. The city has a great historical significance and is closely associated with some of the famous political personalities of Pakistan. Surrounding areas of Larkana include Shikarpur town, Sukkur, Ghar canal and many archeological sites such as Mohenjo-Daro.

Talking about the geographical features of the city, Larkana lies within the Larkana District and is bounded by Baluchistan province, Shikarpur and district of Khairpur and Dadu district to the south. Khirthar range extends along the west consisting of a wide range of hills and mountains; highest peak of Sindh was reported to be in the Sindh segment of Khirthar range, a few years back.

Larkana is commonly called “Larkano” in Sindhi by the local people residing there. Sindhi speaking population in Larkana outweighs the rest of the population or tribes who speak other languages such as Urdu, Baluchi, Brohi, Punjabi, Pashto and Seraiki. Although the literacy rate in Larkana is comparatively low as compared to remaining Talukas (tehsils) of the Larkana District but the language, English is also understood by some people living in urban areas of the city. All in all, Sindhi is well understood and commonly spoken by majority of the population.

Majority of the population in this city is that of Muslims i.e. 90 plus percent however, a number of Hindus can be seen practicing their rituals. Back in 1941, the population of Larkana consisted of more Hindus as compared to Muslims however; this ratio has now declined to a major extent. Many Sindhi speaking Hindus can be found residing in Karachi and Larkana. The cultural lifestyle of Muslims is practiced in the light of Islamic values.

People of Larkana wear Shalwar Kameez which is the national dress of Pakistan and is worn by men and women in all provinces of Pakistan. The uniqueness about the clothing style of people here is Ajrak and Sindhi topi. Men are usually seen carrying an Ajrak on their shoulders wearing it around their neck. Ajrak is a symbol of Sindhi culture; it is basically a shawl with a variety of design, consisting of block prints and tiles and is available in different colors in the city. It is worn in various occasions such as social gatherings, Eid, weddings etc. Ajrak is also a part of school uniform in some girls schools of Larkana; school going girls are usually seen wearing ajrak as a head scarf. This is basically to promote the cultural heritage of Sindh.

Various customs and traditions can be observed if one gets a chance to visit the city; Pirs and murshids are given due respect by masses belonging to rural areas of the city as well as a few sects from urban areas. People visit the shrines of such pirs and perform various rituals and urs ceremonies. There are a number of shrines in Larkana such as shrine of Syed Qasim Shah Bokhari, shrine of Bhutto family and many others. As far as celebrating rituals and festivals are concerned, festivals such as Sindhi topi and ajrak day, folk song festival etc are celebrated throughout the year. The main aim of such events/festivals is to promote cultural heritage through display of sindhi songs, the famous being, “jiye sindh jiye sindh wara jiyan sindhi topi ajrak wara jiyan”, wearing traditional dresses, singing folk songs and playing musical instruments such as yaktaro (a colorful single string instrument), dholaks and tabla in the memory of some well known sufis. Most of the men and women are also seen doing the traditional jhoomar dance at weddings and festivals. Moreover, shooting and kodi kodi are the traditional games that are very common in the area of Larkana; wrestling is usually a part of most of the festivals that take place here.

Larkana is famous for guava fruit; Ratodero and Larkana are famous for abundance of guava orchards. A fertile land surrounds Larkana which produces all kinds of crops, fruits and some vegetables for example matter, guava, rice, maize, mustard and sugarcane. However, the unique crop of guava is sown and harvested in abundance in the area of Larkana in the entire Sindh province. A major chunk of this fruit is then exported to other countries as well. Apart from guava, lotus root (also known as “bhay” in sindhi) is very famous and eaten by locals a lot. Many visitors enjoy this vegetable dish when they visit Larkana. Sugarcane is cultivated and processed in sugar mills at Nau Dero.

Various migratory birds are found on the wetlands, beside the river Indus.

Larkana is famous for archeological sites. One of such examples is none other than Mohenjo Daro which dates back to 500 years. This site is a huge attraction for tourists from all over the world. Mohenjo Daro is situated on 25-28 minutes of drive from Larkana and has a historical significance of Indus Valley civilization. Another archeological site in Larkana is Jhoker Jo Daro which is also a main source of attraction for tourists. Apart from archeological sites there are a number of religious sites and famous markets such as Allah Wali Masjid, Resam gali, Sonarki market, Machi (fish) market and Khataan market, which sells various pickle flavours.

There are a number of old schools including coeducation and separate schools for boys as well as girls. Larkana railway station is also located in middle of city and airport is located near Mohenjo Daro.  The city of Larkana has great historical significance. The culture of Larkana has a lot to offer for increase in knowledge and information which is related to history as well.