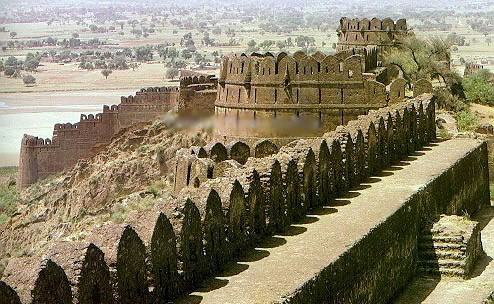 Jhelum, a city on the right bank of the river Jhelum is situated in the province of Punjab in Pakistan. Surrounding this district are the districts of Rawalpindi, Mirpur, Gujrat etc. While traveling from south to north on GT road, the Jhelum city comes on the right side where as the cantonment comes on the left side. The city enjoys the life of both the people living in the cant as well as people living in the city. As the city lies between Rawalpindi and Lahore, the city enjoys the mix culture of these two cities.

It is known as the city of soldiers because of its history of providing a large number of soldiers to the British and Pakistan army. It is famous for the martial races settled in the area.  The famous Rohtas fort is just 15 miles away from the city. The oldest grand trunk road also passes through the city. The world biggest salt mines called the Khewra mines are also located in the district Jhelum. Mangla dam is also located in the city of Jhelum and is at a half hour drive from the city of Jhelum. There is a beautiful mosque whose foundations are on river bank. A beautiful old church also lies on the river bank. Both these religious places give a very elegant look while entering into the city. Before partition and construction of Mangla dam, Jhelum used to be the biggest timber market.

Jhelum enjoys all the four seasons. The weather becomes extremely cold and dry in winters and extremely hot in summers and becomes very pleasant during spring. The city experiences rainfall which is below the required level due to the weather being dry and the evaporation level being very high.

People enjoy eating both traditional as well as continental food. Variety of food ranges from the traditional ‘Lahori chargha’ to the continental Chinese, Italian cuisine etc. People are very fond of eating ‘saag’ and ‘makai ki rotti’. As Jhelum lies on the river bank, people also enjoy eating fish by the river side. There are located many river side restaurants that provide a beautiful view of the river. Hotel ‘Tulip’ is a very good restaurant that provides the beautiful view of the river.  There are numerous FAST food chain restaurants now being opened in Jhelum including KFC, Subway etc.

Urdu is the language spoken and understood by all. However majority of the people, especially those living in the city speak Punjabi. People living in cantonment are not generally the citizens of Jhelum and consist of army officials posted there that belong to different areas of the country. Hence Urdu is the main language spoken and understood by the people living in the cantonment.  The educated elite living in Jhelum also understand and speak English.

The city is leading towards continuous development and advancement.  Initially the city lacked good market for clothing and other household items. People usually traveled to Rawalpindi or Lahore for the shopping. Now the trend is changing. The famous clothing brands including mushrooms. Leisure club, Chinyere, Bareeze and many more have now opened in Jhelum.

People of this area have gone abroad to earn their lively hood and most of them are settled in United Kingdom and Middle East. These people are a big source of foreign remittance and are contributing to the foreign exchange of the country.

River view golf club is located at the bank of river. People enjoy the beautiful view of the river along with playing golf. The city also has the cricket stadium called as the ‘Zamir Jaffri Cricket Stadium’ named after the famous poet Zamir Jaffri who belonged to Jhelum. Cricket on regional level is played in the stadium. Other sports played by the people include squash and hockey. Kabbadi is also played by the people.

The quality of education in Jhelum is average and needs improvement. The city experiences somewhat a low literacy rate as compared to other cities in Punjab. Colleges in Jhelum include degree colleges for men and women, Commerce College and a law college. It has one of the oldest military college called “Military College Jhelum” and has a long history dating back to the time of British rule. This college has a good reputation and the student of this college are positioned at the most respectable position in different fields throughout Pakistan specially Army. Punjab College has recently been opened in Jhelum. As per the schools, Presentation convent high school is also a known high school. Army public school is also situated in Jhelum. Beaconhouse also has a branch on the main GT road in Jhelum.

All means of transportation are seen in Jhelum.  Auto rickshaws are very common in the city. The rickshaws by QingQi are also very cheap and famous source of transportation. Tongas ridden by horse are also used by the people to carry loads from one place to another. Jhelum also has a Jhelum railway station. There is no airport in the city. The nearest airport to Jhelum is the Benazir International Airport.

We can conclude that people living in Jhelum are simple and enjoy their life with whatever they have. The city is advancing towards development and enjoys a rich culture of both the people living in cantonment as well as in the city.