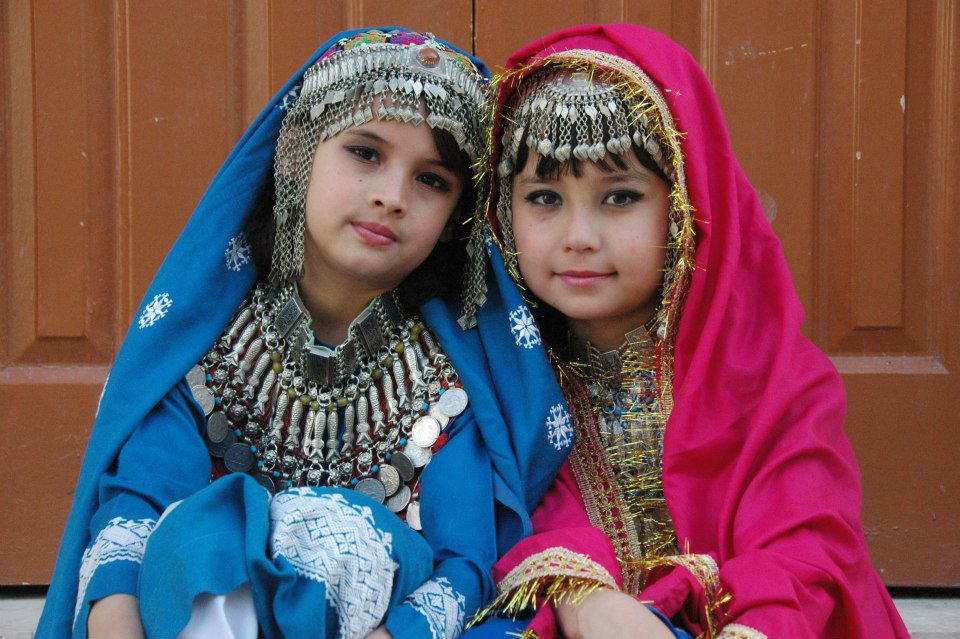 The origins of the Hazara are disputed, though there are three primary theories. The Hazara could be of Turko-Mongol ancestry, descendants of an occupying army left in Afghanistan by Genghis Khan. A second theory goes back two millennia to the Kushan Dynasty, when Bamiyan in Afghanistan – home to the large statues blown up by the Taliban – was a centre of Buddhist civilisation. Subscribers to this idea point to the similar facial structure of the Hazaras with those of Buddhist murals and statues in the region.

The most widely-accepted theory is something of a compromise: that the Hazara are mixed-race. Certain Mongol tribes did travel to eastern Persia and what is modern-day Afghanistan, putting down roots and integrating with the indigenous community. This group then formed their own community which became the Hazara, with their distinctive facial features, sometimes termed Mongoloid, which bear the origins of their central Asian ancestry.

Either way the Hazara settled in central Afghanistan, though in the mid-19th Century their brutal history of persecution began when more than half their population was killed or forced into exile.

The Pashtun Amir Abdul Rehman, who the British termed Afghanistan’s Iron Amir during the Raj, invaded the Hazara homeland in the country’s central highlands, forcing them to give up land, and pushing many into exile in Balochistan.

There was already Hazara movement into British India by this point, with migrants working in labour-intensity jobs such as mining. Some Hazaras also came to Quetta during the 19thCentury to work on the construction of Indian railways. However, the majority were forced to leave by Rehman’s ethnic cleansing.

Quetta’s 1935 earthquake actually helped the Hazara community in some ways. The migration away from the city after the disaster opened up positions in semi-skilled labour, which led some Hazaras to become shopkeepers, tailors and mechanics. The Second World War saw more Hazaras enlisted by the British Indian Army. Some thrived: one of them was General Musa Khan, who led Pakistan in the 1965 war against India.

Among the Hazara in Quetta are tens of thousands of new migrants escaping the wrath of the Taliban. Persecution of Hazaras persists in Afghanistan, where the Taliban have shown no let-up in their attack on Shias, burning villages and kidnapping community members, forcing further emigration into Pakistan.

Literacy level among the Hazara community in Pakistan is relatively high and they have integrated well into the social dynamics of the local society. Saira Batool, a Hazara woman, was one of the first female pilots in Pakistan Air Force. Other notable Hazara include Qazi Mohammad Esa, General Muhammad Musa, who served as Commander in Chief of the Pakistani Army from 1958 to 1968, Air Marshal(r) Sharbat Ali Changezi, Hussain Ali Yousafi, the slain chairman of the Hazara Democratic Party, Syed Nasir Ali Shah, MNA from Quetta. Agha Abbas and his son Agha Ghulam Ali, owners of Agha Juice, a famous fruit juice outlet in the country since 1960. The political representation of the community is served by Hazara Democratic Party, a secular liberal democratic party, headed by Abdul Khaliq Hazara.

The Hazara people have a hospitable dining etiquette. In Hazara culture, it is customary to prepare special food for guests, and to honor them with the best seats during meal times. Most Hazaras eat food with their hands, as opposed to using cutlery and utensils such as forks, knives or spoons. The diet of the Hazara people is largely based on the intake of high-protein foods such as meats and dairy products. They use large amounts of oil in their cooking. A typical Hazara meal/dining course normally consists of cooking one type of food or dish, rather than a wide selection. However, in large formal gatherings or during the presence of guests, a variety of foods may be cooked in the household.

Hazara cuisine is largely centred around bread. There are three main types of breads consumed by Hazara people:

Rice is not as frequent in rural Hazara cuisine due to its expensiveness. Tea is a popular beverage among the Hazara people. Likewise, fruits and vegetables are only consumed during the seasons.

Hazaras produce handmade coats, overcoats, sweaters, jackets, shoes, hats, gloves, and scarves. These are mostly made by the women and are sold in other cities as well.

Hazaras take part in the game, buzkashi. This is a sport in which as many as 1,000 men on horseback compete for possession of a dead goat or calf. Other sports played by Hazaras include hunting, wrestling, archery, and horse racing.

Hazara social gatherings include music and dancing. Women and men dance separately, each having different styles. Poetry is read and the dambura is played. The dambura is a bowl lute with a long neck and two strings that are plucked. The dambura is also used to accompany the recitation of poetry, epics, and love stories.
Marriages

Hazara marriage ceremonies follow the traditional Islamic pattern. Most marry within their own communities and nearly always within the Hazara ethnic group. Marriages between first cousins are preferred, particularly from the father’s side of the family. When a girl reaches about fifteen years of age, she is usually married to the man of her parents’ choice.

It is customary for extended families to live together in one house, including grandparents and women married to the sons of the household. Newborn babies are usually named by the older people of the household. Grandparents are actively involved in raising their grandchildren. After the death of the grandparents, especially the grandfather, the sons usually begin living in separate households of their own.

I chose this topic because of my interest to know more about Hazara culture and after doing it I feel I know a lot about Hazara culture now. I did extensive research on Hazara culture and tried to cover all aspects of the culture. I have found interesting aspects of their culture which fascinated me a lot. We should treat them on equal basis as part our nation and recent incidents in Quetta are very sad, government should play its part to ensure their security and distribution of basic rights. I hope I have done justice with this assignment.