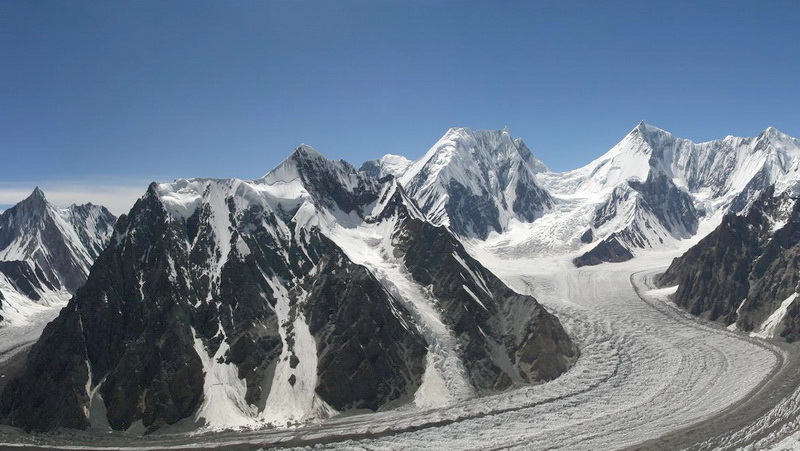 Baltistan, situated on top of the world, is one of most astonishing beauties of nature. It is a place where one can see natural beauty instead of the artificial modifications done to other tourist locations. It is called the land of three ‘S’; sand, snow and sea. It is also known as Tibet-e-Khurd.

Skardu is known as the capital of Baltistan. It is home to a number of people from different cultural backgrounds. It is rich in culture which can be proved by the number of historic places and remnants of forts located in this region. These regions are greatly influenced by the Buddha as you can see a variety of Buddha inscriptions and remnants.

The Balti people are known to be friendly and peace loving. You will always see a warm smile on their faces. These people are very hospitable. They won’t let you leave without having a proper meal at their houses. They have also proved to be very generous when it comes to giving gifts.

Baltis are known to be hard working. They work hard for a living. You will never see a single beggar in the city or the small towns. Every single person has a shelter to cover their heads. They like growing their own crops in their gardens or small fields. The female members of the family take the responsibility of planting and harvesting vegetables for daily use.

The traditional Balti food is not very spicy and is mostly made up of flour. The Kashmiri Tea, commonly known as ‘namkeen chaaye’, is very popular. Balti people use country-made butter oil (desi ghee) more frequently and add it in their everyday meals and tea. Other famous Balti foods are ‘azokh’ and ‘thaltak’. These are made up of flour and yeast and are eaten with ‘namkeen chaaye’. A special kettle named ‘Sumuaar’ is used to serve this tea with country-made butter oil.

‘Zaan’ is very popular in Khaplu. It is made up of flour cooked in country-made butter oil and served with it.

Cherries, apricots and apples are the most popular fruits widely available in Baltistan. Cherry gardens are found in Shigar whereas apricots are found abundantly in Skardu. The residents have grown trees in their gardens and send these fruits as gifts to their relatives living in other regions of the country.

Dry fruits are the specialty of all Northern regions. Almonds, walnuts and dried apricots (known as pharing in Balti) are widely available and also exported to foreign countries.

The female population likes wearing their traditional jewellery. In some areas the hats are decorated with jewellery and worn in marriages and other cultural festivals. The female dress depicts their strong religious beliefs. The ladies cover their heads while going out and no adult girl would be seen with her head uncovered.

Baltistan is populated with people from different cultures so there are a number of dialects spoken in this region. Urdu is understood widely and English is spoken and understood in the major towns where schools and offices are located. The most spoken language is Balti, it is a sub-dialect of Ladakhi language. Initially the Balti language did not have a script of its own but then in the early 8th century they adopted the Tibetan script and later in 17th century the script was changed to Persian due to introduction of Islam in the region. So, the present Balti language is highly affected by Turkish and Urdu and the Islamic literature is influenced by Persian literature. Hence it has diverged from its original Tibetan script and dialect.

Other than Balti, Shina and Brushaski are also spoken in the near by towns of Skardu.

The entire region is inhabited with Muslims. A few other religions do exist but they are not permanent residents. Majority of the people are Ithna-Ashri Shia Muslims whereas a significant minority of Sunni Muslims is also present. Other religious sects include Nurbaksh and Ismailis.

Two types of festivals are celebrated within this region; religious and cultural. The religious festivals include Eid-ul-fitr, Eid-e-Ghadir, Eid Milad-un-Nabi (s.a.w.w) and Eid-ul-Azha. Also the birth and death anniversaries of the Twelve Shia Imams are celebrated with respect and fervor. The cultural festivals include Nauroz, Jashn-e-eBaharan, Shab-e-Qadar, Soon Bor and Shalain. People get together at these festivals and share their strengths and skills.

Polo is the favourite sport played widely in Baltistan. It is said to be the birth place of this game. Polo, known as the game of kings and the king of games is still played in its original form.

Other than polo, hunting has also been a favourite sport of the kings and Baltistan supports this game well. Fishing is also famous near the banks of Indus River. Some of the very renowned fish species are found in Deosai plains, Kachura and Sadpara lakes.

Kharpocho Fort is located on a hill near the main Skardu city and whole of the city can be seen from the fort. There has been a contradiction about who has built this fort. Some believe that it was built by Maqpon Bugha whereas others believe that Ali Sher Khan Anchan laid its foundation. The Raja of Skardu’s house is situated near the main bazaar, although the condition of the original house is not very pleasing but still the descendant has tried his best to keep the originality of the place.

The famous Shigar Fort is located at a distance of 32 km from Skardu city. It was built around 400 years ago. This particular fort is well kept and is the centre of tourist attraction. Half of the fort has been converted into a motel, where one can stay and experience the royalty.