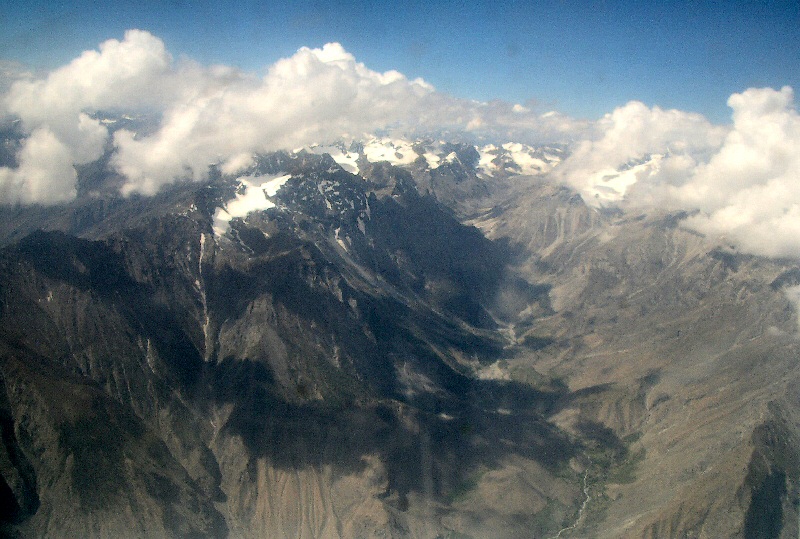 Despite the remoteness of the region, research has demonstrated that it appears to have been settled by numerous ethnic groups, arriving from different regions. It is said that the Aryan herdsmen came to this area from the north, the Buddhist came up the Indus, and the Tibetans came in from the region of ladakh. This everything occurred before the arrival of Islam into this region in 14th-15th century. Before Islam, the Tibetans held greater cultural influence on the general populace. Moreover, this influence to an extent can still be seen today; in terms of physique, facial features, and vernacular construction of local baltis’ homes. Likewise, similarly influence can be seen in its architecture, where houses with flat roof painted white and sloping inwards are built, and the most notable artifacts of the Balti/Ladakhi architecture include Kharpoche in Skardu, Khapulo Khar in Khapulo, Chakchan and Shigar Khanqah and Baltit Fort of Hunza. Like the Ladakhi Muslim architectures, older mosques show a mix of Persian and Tibetan architecture, although strong Persian and modern influences can be seen in the newer mosques. Similarly, the balti language that is considered an older version of Tibetan dialect, also further cements this affinity. The Moghuls, used to refer to this region as the “Little Tibet”. (Halliday, 2007) After the arrival of Islam, much of the regions in the east of the Baltistan lost major chunks of that cultural affinity with the Tibetan and other regions. However, these traditions can be clearly observed in the west borderlands of Baltistan.

The denomination of Baltistan:

Baltistan is divided into three areas, the first area starts from the administrative center (Skardu) with its surrounding areas leading up to Deosai plateau linking it with Kashmir to the south. The second area extends from north and east of Skardu, centering on the town of Shigar, whose valley extends to the Baltoro glacier. The third area extends from the region surrounding the Valley of Shyok River; it is centered on the township of Khapalu to the Ladakh border.

For centuries, the silk route has made its path through the mountainous regions of Baltistan, because of which Chinese-Tibetan, Persian-Arab and subcontinent cultural commensalism and intermingling was observed. This in return created an influence that has morphed the Balti culture into its contemporary variety. Similarly, Islam also plays an important role in it.

Although climatic conditions are harsh and inhospitable, the village people of Baltistan are among the most friendly and hospitable of mountain peoples in Pakistan. The predominant population of today’s Baltistan is religiously and ethnically homogeneous.

Gilgit-Baltistan is home to a number of diversified cultures, ethnic groups, languages and various backgrounds. Due to this location of Baltistan, there is multitude of cultures.

Baltistan is a multicultural and multi lingual region. People there have a mix of lifestyles and attitudes, these ranges from the typical people preserving the traditions and culture to the modern people who are influenced by other cultures, media and education. Therefore, Baltistan is a pluralistic society having people with various backgrounds and living together with peace and tranquility.

The originals settlers in this regions speak Shina as their basic language spoken, but the new comers speak different languages due to various backgrounds of languages and cultures.  Urdu and English are the official languages spoken. In this region because of various cultures, the pattern of living, housing, food style and life style has become a mixture having various colors. Other key languages spoken in Gilgit are:

Mainly there are two types of festivals in Baltistan i.e. religious and cultural. Religious festivals include Eid-e-Ghadir, Edi-ul Fitr and Eid Miladunnabi (the birth anniversary of Prophet Muhammad-Peace be upon Him). There are some other important events specific to different communities of interpretation, which are celebrated with complete peace and fraternity.

These are greatest opportunities for people to get together and share their talents and skills.

It is called the cultural experience on the roof of the world, and it is celebrated in the city of Nagar. All the spectacles of the balti art and culture gather at one place to show the prying eyes the viberance that emanates from the richness of the Baltistani region and its people. Likewise, it is a theatrical amalgamation of balti peoples’ love of polo sport, their heritage, crafts, folk dances and music, food, and artisans depicting their work.

Not only is it considered as the games of the kings but in the minds of the locals it hold a different perspective; there it is considered as a symbol of resilience, strength and power of the regions participating.

Harvest Festival: This festival celebrates the reaping and harvesting of plants. This festival is performed in the same way as the seeding festival. The villagers thank “Allah” for the bounty that they are going to harvest.

Music and Dances: The famous trio band music is played in this region. On the rhythm of this loud music, men love to dance in their typical way. There are some variations in lyrics from region to region. The people of Gilgit-Baltistan as have some unique and very beautiful dances in different parts. One of the very famous dances is sword dance. In this distinctive dance, the participants show taking a sword in right and shield in left and dance with it.

China Trade Organization, a leading economic forum for barter trade, helped reshape economic activities in that area. It gave opportunity to the local people to learn the art of modern trade from people of Xinjiang. This industry is becoming equal in importance to already established industries: tourism (trekking and mountaineering) and agriculture (wheat, corn, barley and fruits).

Pakistan signed an agreement with People’s Republic of China in September of 2009 to build 7,000-megawatt dam at Bunji in Astore District.