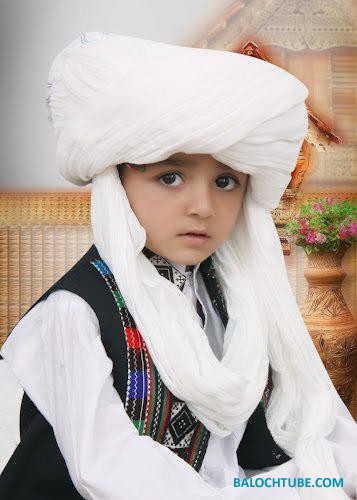 The people belonging to Baloch tribe speak balochi language. Balochi language is an ancient language. Its roots are traced back to Iranian branch of Indo-European family.  It has resemblance with languages such as Sansikrat, Avesta, Old Persian and Phalavi, which now a days are said to be as dead languages. This tribe is further divided in to

The tribe has a head known as “sardar”, the sub divided tribes also have heads known as “Malik” or “Takari” or “Mir”. These tribe heads are members of districts and local Jirgas.

In Baloch culture marriages are different and unique than in the other provinces of the country. The marriages are according to Islamic principles in presence of a Mullana along with the presence of witnesses. Every member of the family takes part in the marriage; they express their joy and happiness by following the traditions of their culture. Usually the marriages are done in young ages (teenage) but are arranged in early childhood or at birth. There is a very low or negligible ratio of love marriages as this is not appreciated across the culture in all tribes. Usually the marriages take place within tribes but at times intra tribal marriages are also conducted. Divorce rate is very low in the Baluchistan as compared to the other provinces of Pakistan because they consider is a matter of disrespect for the family and honor of the tribe. Different rituals are celebrated in different tribes. In some tribes there is a tradition of takings “Valver”, it is a sum of money paid by the groom to the family of the bride.

Like all the other provinces of Pakistan the national dress shalwar kameez with distinct additions and modifications are worn in Baloch culture. The people dress up very pleasingly and in the same way in all the tribes. Turban is the common headwear of Bloch men along with wide loose shalwar along with knee-long shirts. Females dress consists of a shirt having a big pocket and embroidery and embedded round mirror work in front. A big Dupatta/ Chaddar is taken to cover the head and shoulders.

Both religious and social festivals are celebrated by Baloch people. The religious festivals are same as across the country like Eid-ul-Azha and Eid-ul-Fiter. These religious festivals are celebrated by decorating houses wearing new dresses cooking special dishes. Baloch culture is full of many social festivals like Sibi festival which has folk music performance, cultural dances, handicrafts stalls, cattle shows and a number of other entertaining activities showing the colorful side of Baloch people. Buzkashi is another festival showing rather enhancing the bravery tactfulness and bravery of Baloch people. It is celebrated on horse-back by two teams that use their skills to snatch a goat from the each other.

Baloch culture is rich in folk music dances and songs. Famous wedding songs of Baloch culture are Nazenk and Salonk. The instruments used are mainly a flute, locally called Nal, Tamboora and Soroz. A common Baloch folk dance is known as Dochaap. Women also move in a circle clapping their hands on certain occasions. Other dances include the Lewa, Latti and Hambo.

Usually Baloch people have meals in morning and evening. Men and women eat separately. Wheat, millet and rice are part of the Baloch meal. Meat is also an important part; “Sajji” is the favorite dish of most people. Sajji is the food eaten with knife other than that Baloch people usually eat with hands. Milk, butter and vegetables are also part of Baloch cuisine.

Popular games include chauk, and Ji. Also games like wrestling, horse racing, shooting and hunting pastimes among the wealthier people of tribes. Card games and gambling are also popular among groups of some tribes.