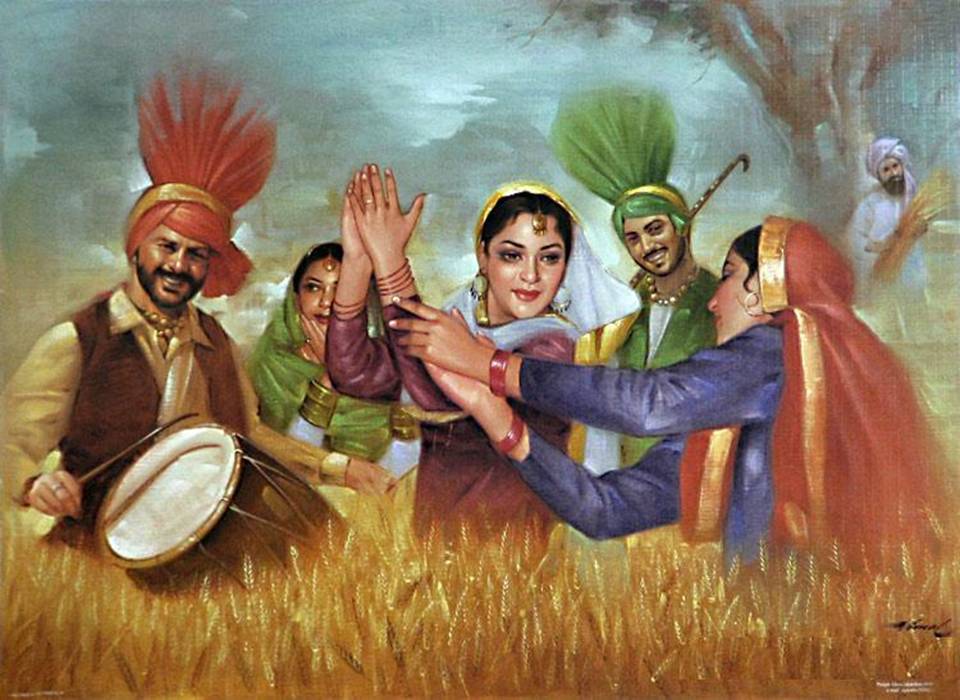 Punjab (the land of five rivers) is the biggest land area of Pakistan and is popularly known for its culture. It shares most of its cultural and carnival values with Indian culture. According to population, 56% of the total population of the country is situated in Punjab Province. It has a total of 36 districts and contributes approximately 50-60 % of the economy.

Punjabi Culture is one of the oldest in world history, dating from ancient antiquity to the modern era. The scope, history, complexity and density of the culture are vast. Some of the main areas of the Punjabi culture include: Punjabi cuisine, philosophy, poetry, artistry, music, architecture, traditions and values and history. Some cities of Punjab have more importance for Sikh community from India. The founder of Sikh religion was born in Nankana Sahib, a district of Punjab so Sikh from different parts of world come and visits Punjab. Jahngir tomb and Badshahi Masjid in Lahore are the important places of Pakistan. Data Sahib is very scared place in Punjab and most of the people come and visit Data sahib every year.

Punjabi people are very warm hearted and fun loving. Punjabis are heterogeneous group comprising of different tribes, clans, communities and are known to celebrate each and every tradition of their culture. People of Punjab have strong beliefs on pir-faqeers, jogi, taweez, manat-ka-dhaga, saint of repute, black magic, and other superstitions, however recently due to increase of literacy, people have become somewhat rational . Punjabis also believe in cast system but as now people are getting educated, the differences are getting blurred. Some popular casts of Punjabi’s are; Jats, Maliks, Mughals, Arains, Gujjars, Awans, Rajputs, Gakhars, Khokhars, Sheikhs, Aheers, Kambohs, Niazis, Legharis, Khosas, Dogars, Thaheem, Mirani, Qureshis, and Syeds.

In villages’ people usually live in small communities (biradaris), however they live in peace and harmony with each other. They take active part in the happiness/grieve of each other and give a great deal of respect to their culture, norms and run their lives according to their set traditions. Punjabi people are famous for their hospitable and loving nature.

Costumes of Punjab are an indication of the bright and vibrant culture and lifestyle of the people.

The costumes are a mix of colours, comfort and beauty and Punjab is well known for the use of phulkari(embroidery) in its costumes. In most of the villages of Punjab men wear Pagri(turban), dhoti/lacha, kurta, khusa. Women wear gharara, or choridar pajama or colorful shalwar kameez, paranda, choli/duppata, khusa, kola puri chappal or tillay wali jutti. Whereas in urban areas of Punjab men and women follow latest trends and fashion, generally they wear different styles of shalwar kameez.

The extensive cuisine of Punjab can be vegetarian and non-vegetarian. One commonality between all Punjabi dishes is the liberal usage of ghee or clarified butter spices and Punjabis are fond of sweet-meats also. Most Punjabi food is eaten with either rice or roti. There are some dishes that are exclusive to Punjab such as Mah Di Dal, Paratha, Makai ki rotti, Saron Da Saag, and in cities Choley, Haleem, Baryani and other spicy dishes are popular. In beverages, tea is consumed in all seasons and as a custom most of Punjabis serve tea to their guests. Punjabis are also fond of Zarda, Gulab-Jamuns, Kheer, Jalaibi,Samosy, Pakorey etc. During summers people drink lassi, doodh-soda, aloo bokharey ka sharbat, lemonade etc.  These cuisines have become world-wide delicacies with large scale representation.

Punjabi people have fanatical interest in sports. Punjabi’s are fond of kabaddi, and wrestling, which is also popular in other parts of Pakistan and it’s also played on national level. Other games being played in Punjab region include Gilli-Danda, Khoo-Khoo, Yassu-Panju, Pitho-Garam, Ludo, Chuppan-Chupai, Baraf-Panni, Kanchy and some major sports include cricket, boxing, horse-racing, hockey and football. National Horse and Cattle Show at Lahore is the biggest festival where sports, exhibitions, and livestock competitions are held.

There are numerous festivals which are celebrated by Punjabi people including some religious festivals such as Eid-Milad-Un-Nabi, Jumu’ah, Laylat-ul-Qadr etc. Urcs (devotional fairs),which are held at the shirnes of sufi saints, Melas and Nomaish (exhibitions).The Provincial capital Lahore is widely popular for its entertaining events and activities. Lahori’s are famous all over the country for their celebrations particularly for Basant festival (kite flying) in the spring season. Other festivals celebrated in Punjab region include Baisakhi, Teej, Kanak Katai etc.

Bhangra is most commonly known Punjabi music genre and dance style. Punjabis passionately love folk songs/music, Qawali and Punjabi music is recognized throughout the world. The Tabla, Dhol, Dholki, Chimta, Flute and Sitar are all common instruments of this delightful culture. Punjabi dance is based around happiness, energy and enthusiasm.

Different forms of dance in Punjab are: Loddi, Dhamal, Sammi, Kikli, Gatka, Bhangra, Giddha and Dandiya. Punjabi dances have been embraced by the American culture and others alike and now they are one of the most appreciated art forms.

Some of the customs followed in Punjab have no foundation in Islam. However, the Punjabi culture has adopted those ceremonies and traditions from Hindu culture.

Birth Rituals: Punjabis celebrate birth of their child with great enthusiasm. Grandfather or grandmother or some respected elder member from the family puts honey with their index finger in child’s mouth called Ghutii. Sweets are distributed among friends and relatives and people bring gifts for the child and mother. Generally on 7thday child’s head is shaven and Aqiqa ceremony is held, also sheep/goat is slaughtered.

Punjabi Weddings: Punjabi weddings are based on traditions and are conducted with strong reflection of the Punjabi culture followed by several pre-wedding customs and rituals (dholki,mayun,ubtan etc.)Punjabi weddings are very loud, energetic, full of music,colors, fancy-dresses, food and dancing. Punjabi weddings have many customs and ceremonies that have evolved since traditional times. In cities the wedding are celebrated following a blend of modern and traditional customs and the ceremony generally lasts for 3days, Mehndi, Barat (Nikkah+Ruksati) and Walima, followed by Chauti (bringing the bride back to her parents’ home the next day).

Funeral Rituals: At funerals after namaz-e-janaza it is customary to offer lunch to people who came for condolence. On 3rdday of the funeral, Qul is held and every following thursday the Quran is recited (jumah-e-raat) followed by prayers for deceased and after 40days the chaliswaan is held. After which the funeral is over. Some families observe anniversaries yearly (barsi).There is no formal dress code for Punjabi funerals however people mostly wear shalwar kameez and casual clothing is observed. Funerals of Shia families are more intense. Both men and women wear black shalwar-kameez and rigorous crying and screaming is a common occurrence at such funerals.

Punjab is very rich with literature and Sufis adds more in its literature. Punjabi poetry is renowned for its extremely deep meaning, beautiful and hopeful use of words. The large number of Punjabi poetry is being translated throughout the world into many languages. Some famous poets of Punjabi are Sultan Bahu, Mia Mohammad Baksh, Baba Farid, Shah Hussain, Anwar Masood etc. Waris Shah, whose contribution to Punjabi literature is best-known for his seminal work in Heer Ranjha, known as Shakespeare of Punjabi language.  Bulleh Shah was a Punjabi Sufi poet, a humanist and a philosopher. The verse from Bulleh Shah primarily employed is called the Kafi, a style of Punjabi. Some other popular folk tales of Punjab include Sassi-Punnu, Sohni Mahiwal etc. that are passing through generations.

Punjab is the major manufacturing industry in Pakistan’s economy and here each art enjoys a place of its own. The main crafts created in the highlands and other rural areas of Punjab are basketry, pottery, which are famous for their modern and traditional designs all over the world and are included in the best formations of Punjabis. bone work, textile, cloth woven on handlooms with stunning prints is embroidered in the rural-areas and the weavers produce colorful cloths like cotton,silk etc. embroidery, weaving, carpets, stone craft, jewelry, metal work along with truck art and other wood works. The craft of Punjab is its fundamental soul and its craft create its entity.