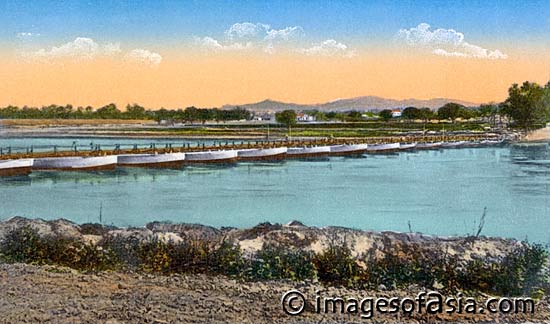 The district of Nowshera is considered to be the most historical place and have a great significance due to its strategic positioning in the province of Khyber Pakhtunkhwa. As it is situated to the west of Peshawar, to the east of Swabi and Northwest Charsadda and Mardan. Thus, Nowshera is the centally located region of the province. The name of the district is locally known as “Naw” “khaar”. The total area of the district is 1,748 km². The population density is 608 persons per square kilometre. Total agricultural area is 52,540 hectors. The main source of income of the region is agriculture. Until 1988 Nowsehra was a tehsil (sub division) of Peshawar; in 1988 it became a district.

The region of Nowshera is the tribal region and people are a part of various tribes and some of them are:

During the second Sikh war Khwaja Muhammad Khan, the chief of Teri, took the side of the British Government. At annexation he was continued in the management of the whole Teri tahsil, which was confirmed to him in perpetuity at a fixed assessment equal to about a third of the revenue of the tract. Further information regarding him will be found further on in “Leading Families of the District.”

The most famous of all the festivals celebrated in the region of Nowshera, Charaghan is the event which is celebrated with more zeal and enthusiasm. The story behind the festival is the existence of Kastir Guo who is also known as Hazrat kaka Sahib and was a great saint. He was twenty third of his family as a saint so he was also known as the saints of the saint. The people of the region had immense respect for the saint because he used to run A tradition was established after the death of this gr twenty eat saint that the followers used to throng the same place at the same point of the year. they used to alight fire at different points in order to make thier movement easy in the dark. Even after the supply of electricity to the area the people maintained the custom that took the name of Charagan or lighting in the area.It is now an established custom that people from all across the frontier and other parts of the country get together in the village and celebrate the spiritual and religious services rendered by this great saint whose sons havebeen icons in their ways.

The religion which is followed in this area is primarily Islam and 99% people are Muslims according to the census of year 2011. The proportion of other religions is 0.5% of the Christian. 0.3% is Ahmadi and 0.1 % of the people belong to the Hindu community.

The language which is considered to be the mode of communication and an exchange of ideas amongst the people is Pushto as well as the people use Majhi and Jandali accents of the Punjabi language. The language is spoken in the region of Shaidu, Jehangira, Akora Khattak and Kalan regions. The literacy rate in the region in 89%.