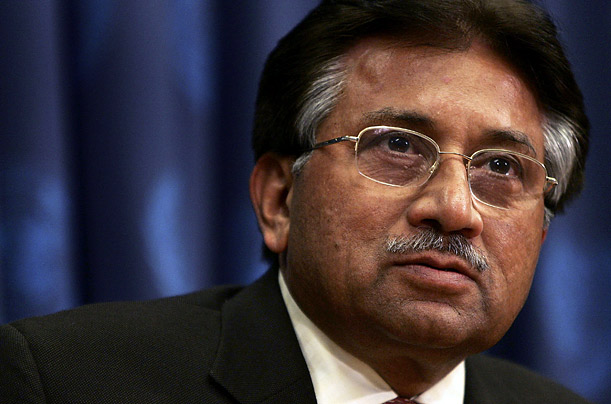 Enlightened moderation is a term coined by the former President of Pakistan, Pervez Musharraf. It refers to the approach which, in his opinion, should be adopted while practicing the religion Islam. He believed that Islam needs to be practiced in moderation as opposed to the fundamentalist version of the religion, which is supported by most groups. This strategy was unveiled by the former President at the OIC Summit Conference in Malaysia in 2002.

To use Musharraf’s own words, he believes, “The world has become an extremely dangerous place. The devastating power of plastic explosives, combined with high-tech remote-controlled devices, as well as a proliferation of suicide bombers, has created a lethal force that is all but impossible to counter. The unfortunate reality is that both the perpetrators of these crimes and most of the people who suffer from them are Muslims. This has caused many non-Muslims to believe wrongly that Islam is a religion of intolerance, militancy, and terrorism.”

Musharraf believed that the extremist version of Islam more rampant in the world had earned a bad name to the religion and its adherents. He believed that this was damaging to the reputation of this religion and its followers and the situation needs to be addressed. His solution for this was Enlightened Moderation. He wrote, “My idea for untangling this knot is Enlightened Moderation, which I think is a win for all — for both the Muslim and non-Muslim worlds. It is a two-pronged strategy. The first part is for the Muslim world to shun militancy and extremism and adopt the path of socio-economic uplift. The second is for the West, and the United States, in particular, to seek to resolve all political disputes with justice and to aid in the socio-economic betterment of the deprived Muslim world.

He believed that political unrest, injustice, and economic deprivation had caused Muslims all over the world to revert to the more fundamentalist and militant aspects. He urged the Muslim body to remember the glorious, and more moderate, past of the religion Islam and invited them to participate in the Islamic renaissance, the time for which has approached. He said tolerance, acceptance and generosity are the very virtues of the Prophet of Islam (SAW) unfortunately the Muslims today are far removed from them.

It is ironic that as Musharraf declared Enlightened Moderation to be the future of the Muslim world at large, Pakistan continued to suffer at the hands of jihadist elements, a constant battlefield between fundamentalist Islamic groups trying to control the land. The Musharraf administration tried to take steps along the lines of ‘enlightened moderation in Pakistan and faltered. Banning militant groups only led to the springing up under different names and although the process of registrations to madrassahs came to a halt, the deficiencies in the public sector education curriculum remained unaddressed. Moreover, the army failed to sever ties with the Taliban or other militant groups operating within Afghanistan and Kashmir ‘in the interest of retaining strategic proxies.’ In the analysis of one author, “In sum, Musharraf failed to successfully anchor enlightened moderation in Pakistan, largely due to policies that empowered the Islamic parties and tolerated militant groups…fiery clerics and vigilante youth squads who tasked themselves with enforcing Islamic morality proliferated in parts of the country, culminating in taking over of the Red Mosque in Islamabad in 2007 and its storming by the Army. As enlightened moderation dimmed, it gave way to a darker phenomenon: Talibanization”.