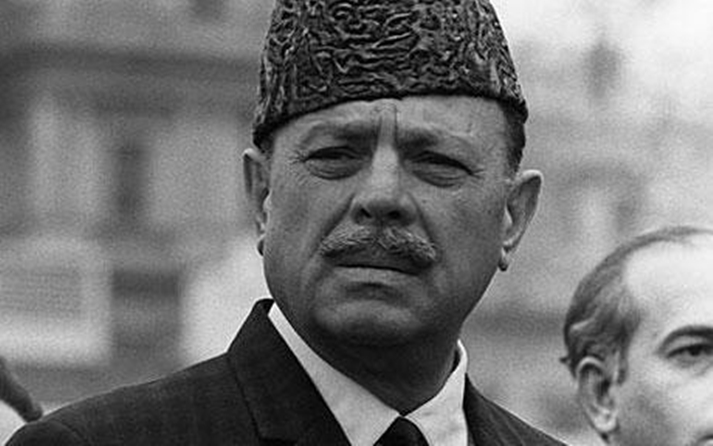 On the night of 7 October 1958, the constitution was suspended by a Presidential proclamation. The ministers were dismissed; the legislatures dissolved and political parties were banned. The Commander in Chief of the Army, General Mohammad Ayub Khan, was appointed Chief Martial Law Administrator. The proclamation dwelt at length on the chaotic state of the country, lack of scruples on the part of parliamentary leaders, widespread corruption, irresponsible conduct of services and disorderly finances. Another announcement stated that the object of this ‘take over’ was to ‘clear the messes’ and prepare the country for more practicable form government. Three weeks experience of the new government showed, however, that Iskandar Mirza was still playing and trying to use the same weapons against his new colleagues that he had so successfully used against the politicians. He was made to vacate office on 27 October1958 and the Chief Martial Law Administrator, Mohammad Ayub Khan, became the President of the country.

The Constitution Commission, appointed in 1960, recorded its considered opinion that the breakdown of the Constitution of 1956 was caused by the absence of organized political parties in the country and the want of probity among the politicians as a class.   The cabinet consisted of civilian as well as generals. The office of Prime Minister was abolished and Ayub Khan’s cabinet began to function as a Presidential cabinet. In the courts set up by the new Government, military officers sat alongside of judges and magistrates to try anti-social offences. A rigorous system of price control was enforced. Hoarded stocks were brought out. Arrears of Government revenues and taxes flowed speedily into the treasury. National life was revitalized within a few days.

A general screening of all Government servants was ordered. This was necessary because the morale of public services had been destroyed by indiscriminate recruitment and rapid promotions. The administration was blamed for many sins of omission and commission, but inefficiency and corruption were the main charges. Services recorded of all state employed were examined carefully with the result that the name of 133 officers of class I, 221 officer of class II and I, 303 officials of class III were removed from the public payroll. None of the foregoing Governments could have taken such an unprecedented step to tone up the administrative bureaucracy.   The proclamation of martial law and the abrogation of the Constitution resulted in a complete void in the legal set-up.

Therefore, three days after the imposition of martial law, on 10th October 1958 the Laws Orders was promulgated with a view to bring about new legal order. The Laws Order 1958 seemed to have provided a legal framework to the state for the continuity of the legal system after the abrogation of Constitution. The legal vacuum and the crisis which country had faced after the dissolution of the first Constituent Assembly in 1954 were thereby avoided. The expression used in the order Republic shall be governed as nearly as may be in accordance with the late constitution.

On the imposition of martial law, state power came into the hands of President Mirza and General Ayub Khan who had been appointed as a Chief Martial Law Administrator. The logical result of this sharing of power had to be struggle between the two men, and it ensued soon thereafter. President Mirza tried to rationalize the power structure and state framework by appointing Ayub Prime Minister on 24 October 1958.He formed a new cabinet consisting of non-political personalities. This did not satisfy Ayub Khan who had a strong claim to power, being the Commander -in- Chief of the Army. President Mirza was nervous about his own future and he tried to enlist the support of the Air Force and Ayub’s rivals within the army. He allegedly made an unsuccessful attempt to order Air Commodore Robb, the Chief of Staff of Pakistan Air Force to arrest four Generals close to Ayub including Major-General Yahya Khan. Ayub decided to rid himself of Mirza and assume complete control over the affairs of state. Mirza was arrested and sent to exile to Great Britain where he later died. Ayub quickly set about proving to skeptics that he was not merely the army’s “front man” but the “absolute master” in Pakistan.