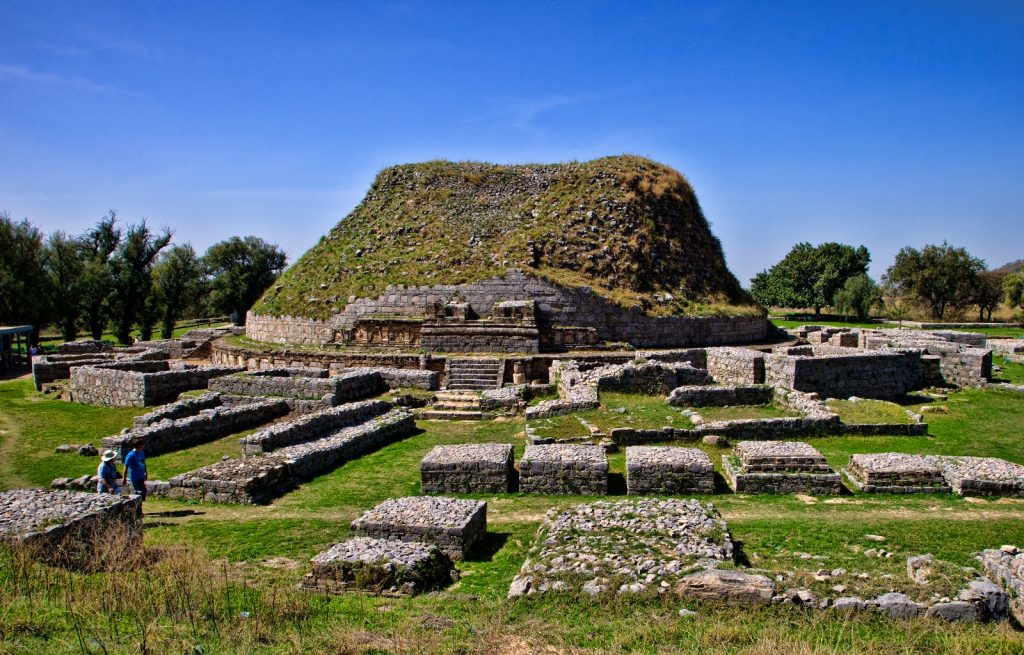 There are a number of world heritage sites present in Pakistan and Taxila is one of them. It is a city situated 31 km to the west of Islamabad and to the 36.40 km to the northwest of Rawalpindi off the Grand Trunk Road. Its other close neighboring cities include Hassanabdal, khanpur and Wah. Wah Cantt and Taxila are twin cities. It is a city with a population of 151000 people according to the 1998 census.

Taxila is among the seven tehsils of Rawalpindi district. It is a city spread in the periphery of the Potohar plateau of Punjab. Taxila was historically known as Takshashila and is a city that dates back to 5 century BCE. The recorded history of Taxila starts from 6th century BC, when this Gandharan kingdom became part of the Achaemenid Empire of Persia.

An overall Punjabi culture prevails in the city with people understanding both English and Urdu languages but speak Punjabi language with a different dialect native to the region. The dressing and food in the city are heavily influenced by those in the Punjab province as a whole and the one factor that helps in distinguishing this city from the rest of the cities in Pakistan is not its food, it’s not its native clothing nor its language but its history. The culture of Taxila as a city is heavily influenced by the cities strong historical background.

Taxila is one of the most important archeological sites in the world. It is a city that is very well known for having strong ties and being the centre of Buddhism in the country. Many statues of Buddha depicting the various stages of his life have been excavated and are currently present both at the Taxila museum as well as various stupas in the city however the best of these statues have been taken abroad and are displayed in museums there.

There are 5 small stupas in the city. The first one being the Dharmarajika stupa, which is locate two miles from Taxila museum. Then is the  Glen of Giri, which is about three-and-half miles from Dharmarajika stupa, this is atop the highest peak of the range of hills are two stupas and a fortress built in a cleft near a spring of pure, sweet water. Jaulian is another marvelous complex of chapels, stupas and a monastery with assembly hall, store rooms, refectory, kitchen and bathrooms still very well preserved. Two miles west of Jaulian is another well-preserved monastery at Mohra Moradu. In one of the monk’s cells here there was found a stupa with almost all the details intact. At Jandial, a mile-and-a-half from Sirsukh, is an image-less temple in the classic Greek style, with sandstone columns and cornices.

Statues of other famous people in history such as Alexander the Great and the eminent ruler Asoka are also be found in the city of Taxila. All these statues show great skill and craftsmanship because of the detail and intricacy that went into the making of these statues. Taxila was taken over by Alexander the Great in 327 BC after which it was ruled by the Mauryans. Towards the end, it came under Asoka’s rule during which time it reached the zenith of its development and culture. Eventually, Taxila was taken over and destroyed. The last significant historical period for Taxila was the Gandhara period. It was during this time that Taxila became a world known centre for philosophy and art. The city has a dtrong tourist base and also attracts many tourist from the region of China and Greece, primarily because of it being a centre for Buddhism and Buddhists from all over the world come and visit the stopas in the city because of their religious significance to them.

One of the oldest recognized universities of the world is also present in Taxila. This university came into being in the Gandhara period. At one stage, it had 10,500 students including those from Babylon, Greece, Syria, and China. Experienced teachers taught languages, Vedas, philosophy, medicine, politics, warfare, accounts, commerce, documentation, music, dance and other performing arts, futurology, the occult and mystical sciences and complex mathematical calculations.

Like the historical cities Mohenjo-Daro and Harappa, Taxila was also a well-planned city with wide streets and well-built houses as well as stupas for the priests. The royalty of the time lived in splendid palaces in the city. Gold, silver coins and other jewellery items have also been excavated from Taxila. The present day Taxila is not as well maintained as it was in the past with the shops encroaching on the main city roads and the town planning over all has been very poor since after the fall of the Gandhara civilization.

Taxila is famous for its handicrafts which not only reflect the city’s culture but the history of the place as well. Apart from the handicrafts the city’s stone work is also very famous and a small cottage industry for stone works has emerged in the city.

Taxila museum is one of the most famous museums in Pakistan. The artifacts displayed at the museum depict the ancient cultural as well as the history of the area and displays countless artifacts from the Gandhara civilization. The major jewels and statues found in the stupas around the museum are not present in the museum. The city has its own railway station but no airport and the nearest airport lies in Islamabad.

The city of Taxila also has an industrial significance. Pakistan ordinance factory, heavy industry Taxila, cement factories as well as small cottage industry for stoneware, pottery and footwear add to the significance of the city. The industry found in Taxila is important both from the military as well as other commercial reasons.

Taxila is a fairly educated city over all and it was also known as the centre of learning and culture in the past. Taxila was the prime seat of learning in the subcontinent as well. The city has two prominent universities namely HITEC university and university of engineering and technology Taxila. Apart from this several small local school systems are also present. Heavy industries Taxila Education City was a monumental addition to the cities educational institutes.

The politics of the city is dominated by the two prominent families in the city namely the Syed family and the chaudary family.

The historical significance of the city overall has no impact on the lives of the people of the area, there are no ruminants of the Buddhist culture in the lives of the natives of Taxila and they lives are dictated primarily by the Punjabi culture, whether these are their own personal individual lives or their lives in a social capacity.