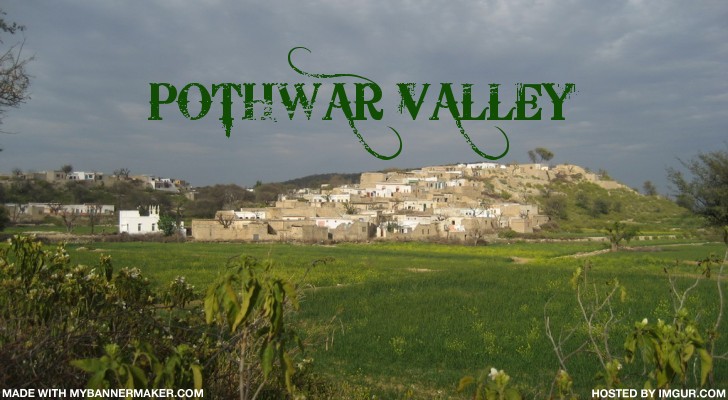 Potohar plateau is located in the north of Punjab and west of Azad Kashmir i.e. north-eastern parts of Pakistan. It has a distinct language and culture. Attock District, Jhelum District, Chakwal District and Rawalpindi District constitute the Potohar Plateau. Cities such as Gujar Khan, Rawat, Attock, Mandra etc. also lie in this region. River Jhelum and River Indus pass through this plateau. A number of mountain ranges which include the Salt Range and Kala Chitta Range also lie in it. Agriculture is dependent on natural rainfall mainly. Other than this, several oil and gas exploration sites lie in the Potohar Plateau indicating that along with fertile soil, this area is rich in natural resources.

The history of the culture of this region dates back to ancient civilizations. Evidence has been found that the Indus Valley Civilization also occupied this area. Certain stones and remains of old civilizations are found which are a part of heritage of this area. These have been preserved in the Taxila Museum. Taxila is a part of UNESCO World Heritage Site. It constituted a major part of the Gandhara Civilization. It was the centre of learning for Hindu and Buddhist communities. It came under the control of Persians and Alexander the Great. Other than this, the influence of Ghakhars, Sher Shah Suri and Mughls ruled this area later on. Important historical places in this region include the Rotas Fort, Rawat Fort, Mankiala Stupa, Pharwala Fort, Katasraj Temple etc.

The language spoken predominantly in the Potohar region is Potohari. Potohari is a powerful language native to this region. It is also spoken in Azad Kashmir as well. It is similar to Punjabi and the dialect is close to Majhi and Hindko. The common dialects include Dhundi-Kairali, Chibhali, Mirpuri, Jhelumi, Pindiwali and Punchhi (Poonchi).The language is common with rural and urban areas alike. However, Urdu and English are also spoken in the urban areas of the Potohar Plateau.

The dominant religion practiced in this region is Islam. Other than Hindu and Sikh minorities are also found here.

The dresses more common to the rural areas of the Potohar Plateau include kameez and dhoti. Women wear dopattas on their head while men wear turbans. In urban areas shalwar kameez, the national dress of Pakistan is worn by the people.

The people of Potohar are fond of desi food. Home cooked food with natural ghee and butter is preferred. Other than this, parathas, milk and spicy food is also preferred by people living in this area.

The people living in Potohar Plateau are mostly natives while a small number of migrants also reside here. The major casts living here include Rajas, Maliks, Chaudhrys, Jutts, Gujjars and Rajputs. Potoharis are very hardworking and friendly people. They are very warm and welcoming to guests. As is native to this region, the people are emotional as well. There is a great feeling of comradeship among all Potoharis as they give special regard to people belonging to their region. The people of this region own their traditions.

The people of Potohar celebrate occasions with great zeal. Special melas are set in the rural areas when the crops are harvested. People participate in them with great vigour. The weddings are also celebrated in a traditional way with girls singing ‘tappas’ on dholak.

Potohar is a region which has contributed immensely to the art and literature. It is one of the most important medium of communication for people in north eastern Punjab. It is very rich language and hence a lot of work has been done in this language. There is a strong tradition of singing Potohari shers accompanied by different instruments. These instruments include Sitar, Dholak, Tabla and Harmonium. These shers either have religious shades or are predominantly humorous. The most famous poet of this region include Mian Muhammad Bakhsh who wrote his world famous book called ‘Saif-ul-Malook’. Other poets include Anand Bakshi, Master Nisar, Anwer Firaq, Sayyein Faraz Weeran, Waheed Qasim etc. Potohari dramas and songs are also seen and heard around the world. Folk music of this region is famous all around the world.

Written Potohari is generally in Perso-Arabic orthography. The oral tradition in this language is very strong. Attention to written Potohari has also been given. During the time of Buddhists it was written in Landa script. However, it was later shifted to Perso-Arabic script and remained as such since the rule of Mughals.

The occupations of the people living in the rural and urban areas in the Potohar Plateau vary. In the urban areas, the majority of people are farmers and involved directly or indirectly with agriculture. Other than this, dairy farms and rearing cattle is also common.

Potohari regions has its roots in Sufism. A number of sufi tombs are found this region. These include Pir Mehar Ali, Bari Imam and Shah Abdul Khair among many others. People have a lot of respect for them. The people not only from this region but from other parts of the country as well, flock to these shrines at Urs.

Hence, Potohar is a region with rich cultural background. There is a difference between the rural and urban areas of this region in terms of facilities and occupations. The contribution of this region to arts and literature is immense. The people of this region are very warm and have their own dresses, traditions and customs.